PM Modi favours expansion of ties between India and ASEAN 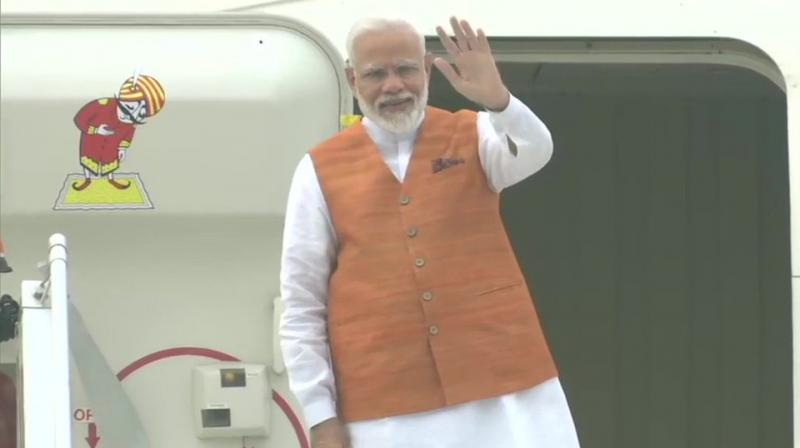 Prime Minister Narendra Modi on Sunday presented a brief blue-print for further expansion of India's multi-sectoral engagement with the Association of Southeast Asian Nations (ASEAN), one of the most influential groupings for trade and investment globally. (Photo: File)

Bangkok: Prime Minister Narendra Modi on Sunday presented a brief blue-print for further expansion of India's multi-sectoral engagement with the Association of Southeast Asian Nations (ASEAN), one of the most influential groupings for trade and investment globally.

In his opening address at the India-ASEAN summit, the prime minister said enhancing surface, air and maritime connectivity between India and 10 nations of the bloc will significantly boost regional trade and economic growth.

Modi said there was opportunity for boosting cooperation in the maritime security sphere and blue economy as well as in areas of agriculture, engineering, digital technology and scientific research.

The Prime Minister also welcomed convergence of views between India and ASEAN for cooperation in the Indo-Pacific region. “India's Act East policy is an important part of our Indo-Pacific vision and ASEAN lies at the core of it. Integrated and economically vibrant ASEAN is in interest of India,” Modi said in presence of leaders of ASEAN countries.

The 10-nation Association of Southeast Asian Nations (ASEAN) is considered one of the most influential groupings in the region and India and several other countries including the US, China, Japan and Australia are its dialogue partners. The ties between India and ASEAN have been on an upswing.

The ASEAN region along with India together comprises combined population of 1.85 billion people, which is one fourth of the global population and their combined GDP has been estimated at over USD 3.8 trillion.

Investment from ASEAN to India has been over USD 70 billion in the last 17 years accounting for more than 17 per cent of India's total FDI.

The Prime Minister arrived here on a three-day visit on Saturday to attend ASEAN-India, the East Asia and the RCEP summits. The annual ASEAN summit, a grouping of 10 influential countries, is taking place amid China's aggressive behaviour in the disputed South China Sea as well as in the Indo-Pacific region.