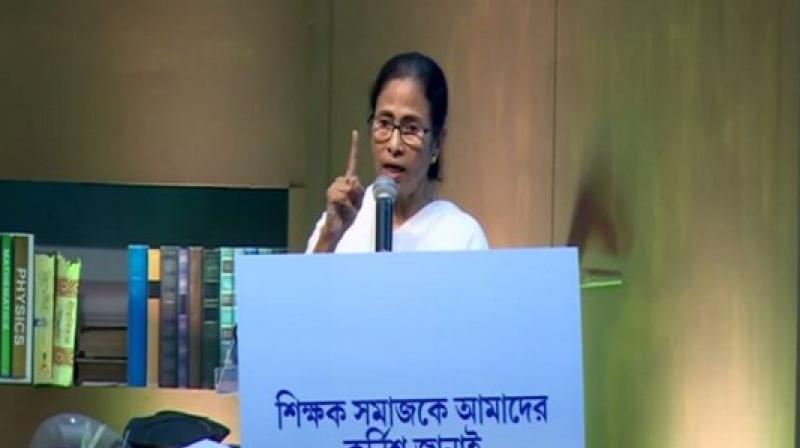 West Bengal Chief Minister Mamata Banerjee on Saturday demanded a probe by the Centre into the "snooping" on activists, journalists and politicians, alleging that the Union government was "fully aware" of the security breach on messaging platform WhatsApp. (Photo: File)

Kolkata: West Bengal Chief Minister Mamata Banerjee on Saturday demanded a probe by the Centre into the "snooping" on activists, journalists and politicians, alleging that the Union government was "fully aware" of the security breach on messaging platform WhatsApp.

Banerjee also reiterated the claim that her phone is being regularly tapped by the central government. She said that an espionage activities were underway across the country and that it was a "very serious" issue.

Countering the chief minister's remarks, BJP general secretary Kailash Vijayvargiya said it is the habit of the Mamata Banerjee government to spy on others. Banerjee criticised the role of the Centre in the snooping row and said she would urge the prime minister for a probe into the matter.

"My phone is tapped, I know that because I have got the information and have the evidence with me. This is happening at the behest of the central government and two-three state governments. I will not name the states but one is BJP-ruled," she alleged.

Earlier, too, she has claimed on several occasions that her phone was being tapped by central agencies. "Where is our freedom of speech? What kind of independence is this? We cannot even talk (freely over the phone)," Banerjee told reporters here.

"Earlier, we thought WhatsApp cannot be intercepted. But, now even WhatsApp has not been spared. Neither landline phones nor mobile phones are safe. There is total espionage," the CM said. WhatsApp has over 1.5 billion users globally, of which India alone accounts for about 400 million.

Reacting to Banerjee's allegations, Vijayvargiya said, "It's the practice of the Mamata Banerjee government to spy on others. Rajeev Kumar (former Kolkata Police Commissioner) had made arrangements for such snooping."

Facebook-owned WhatsApp had on Thursday said Indian journalists and human rights activists were among those globally spied upon by unnamed entities using an Israeli spyware 'Pegasus', leading to a furore over breach of citizens' privacy.

Following the disclosure, the Indian government has asked the messaging platform to explain the matter and list out the measures that have been taken by it to safeguard privacy of millions of Indians.