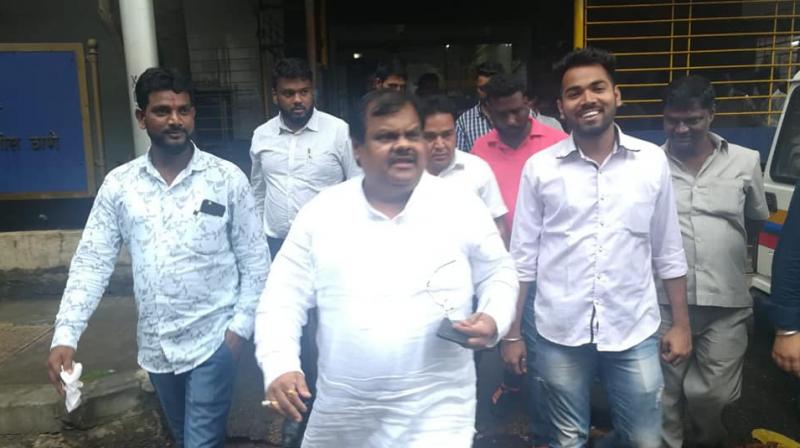 It should be noted that in 2018, a case was registered against Deepak Nikalje for alleged rape and sexual harassment based on the complaint of a 22-year-old woman. (Photo: Facebook | @Dipakbhau.Nikalje)

Mumbai: Union minister Ramdas Athawale's Republican Party of India (RPI), who is a part of the NDA led by the BJP, has fielded jailed Don Chhota Rajan's brother as a party candidate in the upcoming Maharashtra election. Deepak Nikalje will contest as the RPI candidate from Phaltan assembly constituency in Maharashtra.

Deepak Nikalje's name as an RPI candidate was announced by Union Minister of State for Social Justice Ramdas Athawale on Wednesday along with five other names who would be contesting the Maharashtra election as RPI candidates.

While announcing the candidates' names for the Maharashtra election, Ramdas Athawale said that his party has got six seats in the grand alliance to contest the polls. The party will contest Phaltan in Satara, Malshiras in Solapur, Bhandara, Naigaon in Nanded; Pathri in Parbhani, and Mankhurd- Shivaji Nagar in Mumbai.

Deepak Nikalje had earlier unsuccessfully contested from the Chembur assembly seat. As per the seat-sharing deal, the seat has now gone to Shiv Sena. So, Deepak Nikalje will now be contesting from Phaltan which is the native place of Chhota Rajan.

It should be noted that in 2018, a case was registered against Deepak Nikalje for alleged rape and sexual harassment based on the complaint of a 22-year-old woman, reported India Today. Officials said that the woman, who used to reside in Siddharth Colony in suburban Chembur, in her complaint yesterday, alleged that Nikalje exploited her on the promise of marriage.