No plans for alliance with any party, focuses on 9 cities. 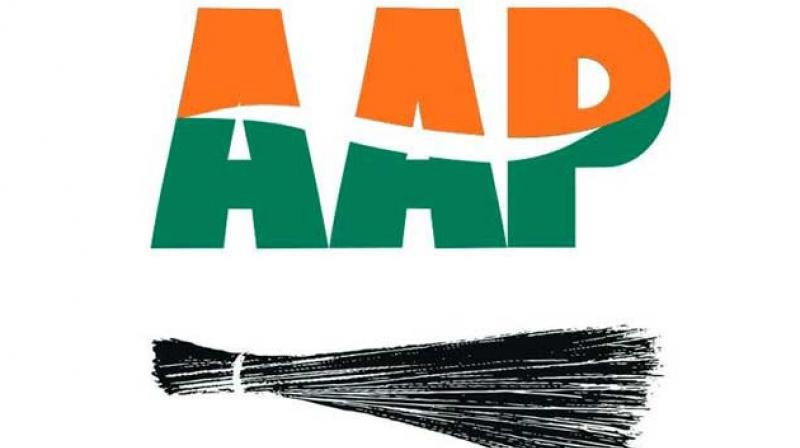 Lucknow: The Aam Aadmi Party (AAP) is finally preparing to make its presence felt in Uttar Pradesh by contesting the upcoming municipal elections.

The AAP will test the waters in UP and, at present, has no plans to ally with any other party. This will be the first time that AAP will be contesting elections in UP after the Lok Sabha elections in 2014.

The party which has apparently done extensive homework will focus on nine cities which include Lucknow, Varanasi, Kanpur, Agra, Meerut, Bareilly, Gorakhpur, Allahabad and Aligarh.

In these cities, the AAP will contest in all wards as well on the posts of mayors. Some smaller towns like Ambedkar Nagar, Faizabad and Basti are also on the AAP list.

AAP spokesman Vaibhav Maheshwari said that the party had already started candidate selection, based on internal reports of party workers in various district.

Senior AAP leader Sanjay Singh has addressed a series of meetings with party workers in Lucknow and since he is in charge of the state unit, he is closely involved in finalising candidates and the party strategy for the municipal polls.

“We will be focusing on Lucknow and Varanasi which, despite being the Prime Minister’s constituency, has not seen any development in the past three years. Similarly, Lucknow, which is represented by union home minister Rajnath Singh, faces a no-development situation,” he explained.

Mr Maheshwari said that AAP workers had been quietly working in municipal wards since the past several months and were well versed with the issues and problems of each ward. The party mood is upbeat after the Bawana victory and feels that the ruling BJP has failed to live up to expectations on the people.

A senior AAP functionary from Delhi said, “There is a vacuum in the opposition. The Samajwadi Party is caught up in its own tangle and divided within. The BSP has not worked at the grassroots level and the Congress has also not focused much at the municipal level. Moreover, seeing our performance in Delhi, the people are favourably inclined towards AAP”.