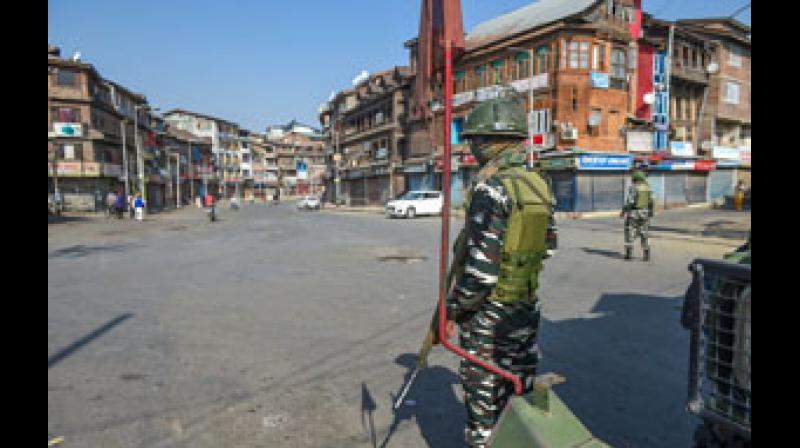 SRINAGAR: Clashes erupted between angry crowds of mainly youth and the police in central Srinagar on Thursday evening.

The witnesses said that the J&K police and central armed police forces used force including bursting of teargas canisters at Zaldagar to quell surging crowds mourning the death of separatist patriarch Syed Ali Shah Geelani and protesting against his quiet burial under police bandobast. The youth hurled rocks at the uniformed forces, the witnesses said.

Unconfirmed reports said that small protest demonstrations were held also at some other places in the Valley including Bandipore, Kulgam and Sopore.

The J&K police, however, said in a statement that the situation across the Valley remained peaceful and “no untoward incident was reported.”

It said, “Pertinently, some vested interests tried to spread baseless rumours about forcible burial of SAS Geelani by the police. Such baseless reports which are a part of false propaganda to incite violence are totally refuted by the police.”

The police reiterated that, as a matter of fact, it instead facilitated in bringing Geelani’s mortal remains from his house to the graveyard “as there were apprehensions of miscreants taking undue advantage of the situation.” It claimed that the relatives of the deceased participated in the burial.

The statement said that IGP Vijay Kumar has thanked the general public for its “cooperation in maintaining the peaceful situation throughout the Valley which defeated the ill designs of inimical elements who are hell-bent to disturb the otherwise peaceful atmosphere in the Valley”.

The police statement further stated that security restrictions imposed in the Valley and internet shutdown from Wednesday night will continue Friday. “We shall review the situation tomorrow afternoon and take further course of action”, it announced and requested the general public “not to pay heed to the rumours being spread by the anti-national elements especially (those) across the border who are trying to take undue advantage of the situation to disturb the peaceful atmosphere in the valley.”