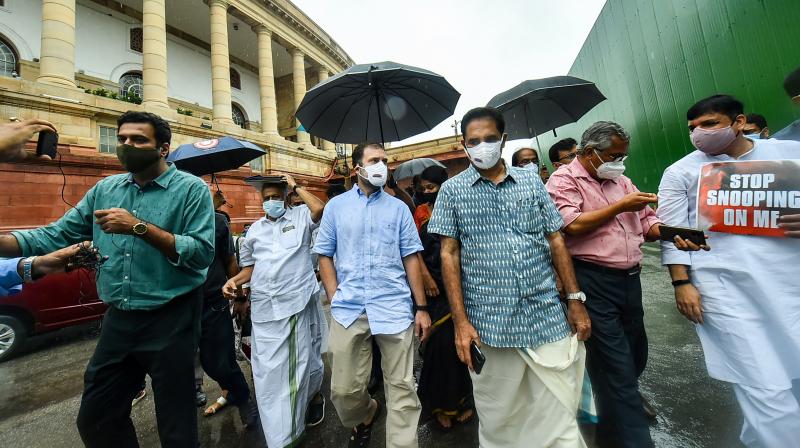 Congress leader Rahul Gandhi along with leaders of Opposition Parties during a protest march on the issue of Pegasus spyware, in New Delhi. (Photo:PTI)

The meeting will be in line with Mr Gandhi’s recent efforts to mobilise the Opposition on the Pegasus row to ensure the issue is discussed in both Houses of Parliament. Sources have also said that the Opposition MPs will take out a protest march and walk to the Parliament.

The Opposition has been demanding a discussion in Parliament on the Pegasus snooping row and its leaders have been giving adjournment notices every day. The government has been saying that the Opposition is creating a "non-issue" and the information & technology minister has already given a reply in both Houses of Parliament.

Both Lok Sabha and Rajya Sabha have failed to transact any significant business, except passage of some bills, amid continued protests by Opposition parties over the Pegasus and farmers' issues since the Monsoon Session of Parliament commenced on July 19. The session is scheduled to conclude on August 13.