According to the Agriculture Minister Rem Kumar, the step was taken keeping in mind the environmental concerns. 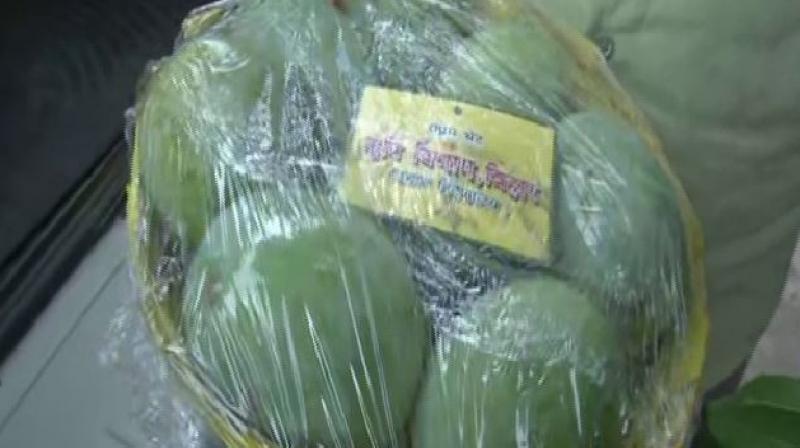 Bihar Minister Shyam Rajak said it is a step to save the environment, which is in danger. (Photo: ANI)

According to the Agriculture Minister Rem Kumar, the step was taken keeping in mind the environmental concerns.

"We are concerned about the environment. As Bihar is known for mangoes, we decided to distribute 7 mangoes each to MLAs and MLCs. Along with that, we have distributed mango saplings with a motto -- save the environment," Kumar said while speaking to media persons here.

The opposition party in the state, Rashtriya Janta Dal (RJD), has hit out at government's move of distributing mangoes as it comes at a time when Bihar is facing the menace of encephalitis.

On this, Kumar said: "We are not distributing sweets. It is a fruit for which Bihar is famous for. We are concerned about the issues of encephalitis and taking all measures to deal with it."

Bihar Minister Shyam Rajak said it is a step to save the environment, which is in danger.

"The environment is in danger these days. Mango saplings are a way to ask people to plant more trees so that the problem can be solved. One should not compare Muzzafarpur incident with mangoes distribution," Rajak said.

Meanwhile, RJD leader Rabri Devi, protested along with her party leaders, against the Nitish Kumar-led government's failure to handle the issue of encephalitis and providing proper medical facilities at the hospital.

"Mangoes distributing initiative is an unwelcoming step of the government. BJP and JD-U leader will eat mangoes. But we will keep raising our voice against their inefficiency," she said.