‘2019 was race between Ferrari and cycle,’ says Akhilesh Yadav

‘Who used to be on television every day? Who owned the television? They played with and infiltrated our minds,’ Akhilesh said. 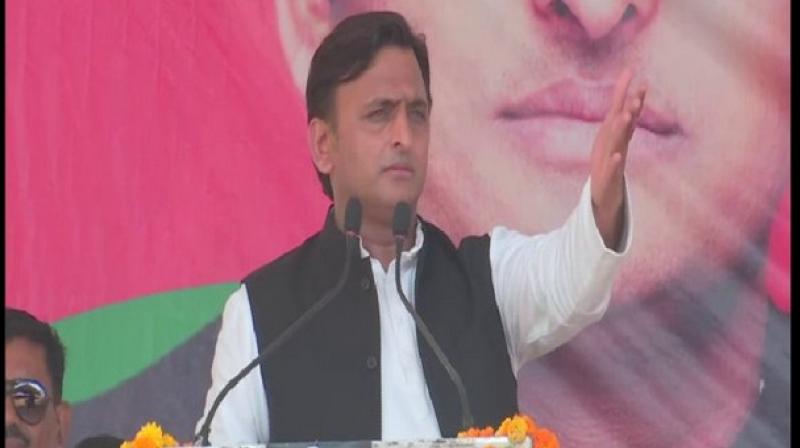 Azamgarh: Terming the contest of 2019 Lok Sabha elections as "a race between a Ferrari and a bicycle", Samajwadi Party president Akhilesh Yadav on Monday said that the BJP did not win elections on the basis of development.

"We have lost the elections, but even today I challenge our adversaries to compare their development record with the Samajwadi development. They will not stand a chance. They have not won the election for development but for other reasons," the former Uttar Pradesh chief minister said.

"This race was between a Ferrari and a bicycle. Who used to be on television every day? Who owned the television? They played with and infiltrated our minds," he added.

"It is a different fight. They termed the SP-BSP alliance an alliance of Muslims, Yadavs and Dalits. We could never make people understand our fight. Only the BJP has the power to divert people's attention," Akhilesh said.

Speaking of preparations for Uttar Pradesh Assembly polls and next national elections, Akhilesh said, "Many political battles have been fought. We also have to dream big and target 2022 and 2024. If you dream big then only you will succeed."

Samajwadi Party got 5 seats in the state, while BSP got 10 and RLD drew a blank, taking the 'mahagathbandhan' tally to a dismal 15, far behind BJP's 62.

The state has a total of 80 Lok Sabha seats.