The state voted for 13 Lok Sabha constituencies on April 29 and is scheduled for the second phase on May 6 for the remaining 12 constituencies. 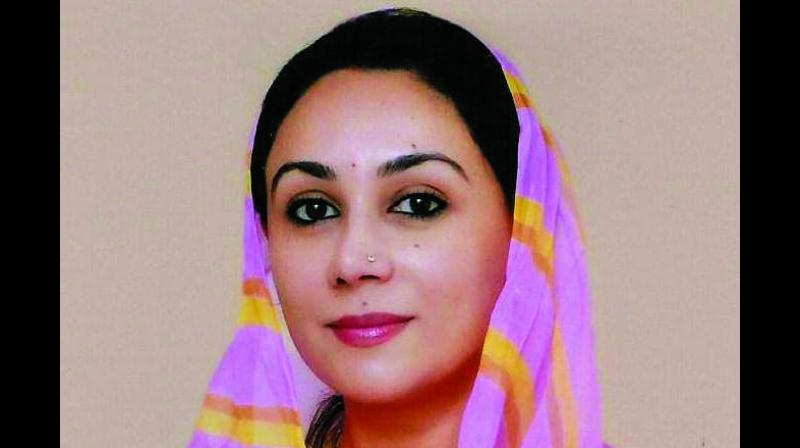 Jaipur: Making her debut in the national politics, a member of the erstwhile royal family of Jaipur Diya Kumari is looking at a ‘bigger’ role in the Bharatiya Janata Party (BJP) after the Lok Sabha elections. A former MLA from Sawai Madhopur Assembly constituency, she see-mingly has the backing of the central BJP leadership.

Many in the party believe that this is the beginning of the grooming of a younger generation to take over the state politics at the behest of the central leadership.

Marred by the struggle the state had witnessed, former chief minister Vasundhara Raje and party chief Amit Shah tried to prevail upon each other to place their candidate for the post of state president. Ms Kumari’s candidature from Rajsamand Lok Sabha seat is being seen as a significant move in Rajasthan as well as national politics. Talking to this newspaper, Ms Kumari said that she would fulfil all responsibilities given to her by the party.

Attacked by the Opposition for being an ‘outsider,’ she pointed out that Congress president Rahul Gandhi too is contesting from a seat where he is being tagged as an ‘outsider.’

Talking about her relations with Ms Raje, Ms Kumari rubbished all reports of both of them sharing a tense relation. Ms Raje had campaigned for Ms Kumari in the last leg of her election.

Till the Assembly polls, Rajasthan’s Rajputs, considered traditional voters of BJP, were reportedly miffed at former chief minister Vasundhara Raje over a host of issues, beginning with the denial of candidature to former Union minister Jaswant Singh in 2014 and the encounter of alleged gangster Anand Pal Singh.

Ms Kumari was reportedly deployed by the Central party unit to soothe the Rajputs ahead of the Lok Sabha polls, party sources said.

The Rajput community is said to be the most powerful in Rajasthan despite comprising less than 10 per cent of its population on account of its vast land and commercial interests. The community has the power to influence the voting outcome in at least half of the 25 Lok Sabha constituencies in the state.

The state voted for 13 Lok Sabha constituencies on April 29 and is scheduled for the second phase on May 6 for the remaining 12 constituencies.

Rajasthan had elected all 25 of its Lok Sabha MPs from the party symbol in 2014. However, BJP was only able to secure 75 of the 200 seats in the recently held state Assembly polls, losing the crucial state to Congress.