Yadav also took a jibe at UP CM Adityanath by saying, 'If he thinks development in the state can happen overnight, he is totally wrong'. 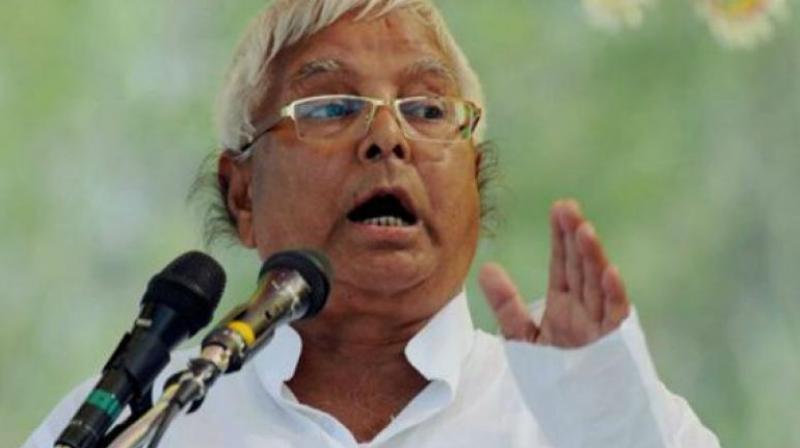 "NITI Aayog's proposal for simultaneous Lok Sabha and Assembly Elections is an attempt to completely destroy regional leadership. This proposal is going to benefit only the upper class, but what about the middle and low class. Why are they not being considered?," Yadav told ANI.

Further taking a jibe at Uttar Pradesh Chief Minister Yogi Adityanath, Yadav stated that the former, who feels that development in the state can happen overnight, is totally wrong.

"RJD had very well united the party as well as the state with all prospects towards growth. If Adityanath and his government think that they are going to do wonders in development then they are wrong," added Yadav.

On Tuesday, while addressing media post a 'tiffin' cabinet meeting presided over by Chief Minister Shivraj Singh Chauhan, MP Health Minister and state government spokesperson Narottam Mishra said the budget will be presented henceforth in December, with the financial year starting January and ending in December.

"The chief minister has ordered all ministers to closely monitor the new fiscal period, following which a road map for the next two years needs to be made along with methodology to achieve the announcements made," he said, adding that each department would be holding a meeting with the chief minister and the cabinet every Tuesday.

In order to stabilise the financial position of farmers and benefit the common man, the Prime Minister, while addressing a meeting organised by the Niti Aayog on April 23, suggested that the financial year period be moved from April-March to January-December.

The change to January-December financial year would mean an individual has to pay taxes by the end of the same year. Moreover, there will be a change in the ITR filing, which may change to March 31 instead of July 31, which is presently the last day for filing.

Further to implementing a new budget period, the Cabinet also issued orders for all government material including banners, hoardings, letterheads and advertisements to be issued with a photograph of Pandit Deen Dayal Upadhyay as a mark of celebration of his centenary year.