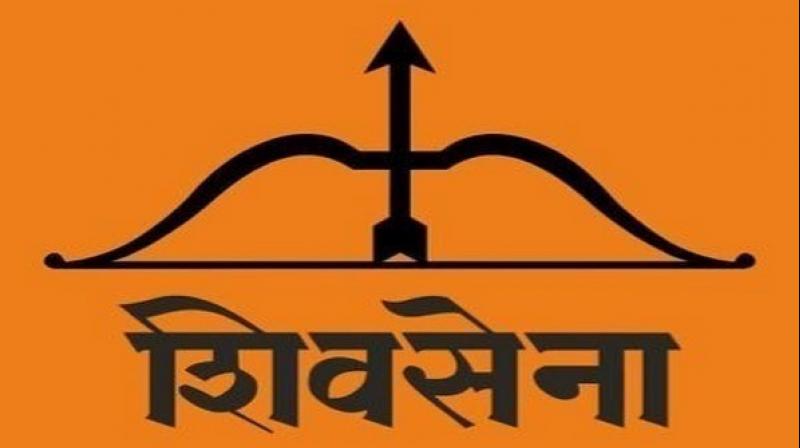 The Sena said both the leaders have openly challenged the Constitution and the law of the land. (Photo: ANI)

Mumbai: The Shiv Sena on Wednesday accused the Congress of spreading the word "Hindu terror" during its rule, saying it encouraged terrorists from Pakistan to carry out their activities in India.

It also criticised former Jammu and Kashmir chief ministers Mehbooba Mufti and Omar Abdullah over their stand on Article 35-A of the Constitution, saying if such voices are not curbed, the border state will remain in the grip of unrest and instability. The remarks of the Sena, a constituent of the BJP-led NDA government at the Centre, came two days after Prime Minister Narendra Modi targeted the Congress, accusing it of insulting "peace-loving" Hindus by linking them to terrorism. "The word 'saffron terror' or 'Hindu terror' was spread when the Congress was in power at the Centre. Besides allegations, false cases were also filed against Hindus in the Samjhauta train blast and Malegaon bomb blast cases," the Sena said in an editorial in party mouthpiece 'Saamana'.

It claimed that "gross injustice" was meted out to Swami Aseemanand (in the Samjhauta blast case), and Sadhvi Pragya Singh Thakur and Lt Col Prasad Purohit (both accused in the Malegaon case). "The spread of the term 'Hindu terror' encouraged terrorists from Pakistan. Pakistanis put the onus of terror strikes on Hindu extremists... now, a court has found Swami Assemanand not guilty," the Marathi daily said. It noted that Modi, during his rally at Wardha in Maharashtra on Monday, slammed the Congress for insulting the Hindu religion worldwide and blotting the country's 5,000-year-old culture by linking Hindus to terrorism. "Modi has aggressively played the Hindutva card in the 2019 battleground.

Some say 40 per cent of the ground (at Wardha rally) was empty during Modi's speech. But, it is important that 60 per cent was filled with people in the extremely hot weather conditions," it said. By raising a voice for it, Modi and the BJP have proved that "Hindutva cannot be separated from politics," the Uddhav Thackeray-led party said. Further slamming the Congress, it said the party earlier claimed that late ATS chief Hemant Karkare, IPS officer Ashok Kamte and senior police inspector Vijay Salaskar were not killed by terrorists during the 26/11 attack in Mumbai, but were victims of "Hindu terror". "This was unfortunate for the country and brought disrepute to it. Pakistan's hand in the attack could be proven as terrorist Ajmal Kasab was captured alive...otherwise the Pakistan connection would have remained hidden...," it said.

The Sena also hit out at PDP leader Mehbooba Mufti and National Conference leader Omar Abdullah over their stands on Articles 370 and 35-A of the Constitution. Mufti recently warned that any tampering with Jammu and Kashmir's special status would "undermine and nullify" the state's accession to the Union, while Abdullah sought a separate Prime Minister for Kashmir.

The Sena said both the leaders have openly challenged the Constitution and the law of the land. "If such worms are not crushed in time, then Kashmir will always remain unstable and in unrest. Only the roar of Hindutva can provide a shield for the country. However the issue should not be forgotten after elections," it said. Petitions have been filed in the Supreme Court, challenging the constitutional validity of Articles 370 and 35-A, which grant special status to Jammu and Kashmir and special rights and privileges to its "permanent residents", respectively.