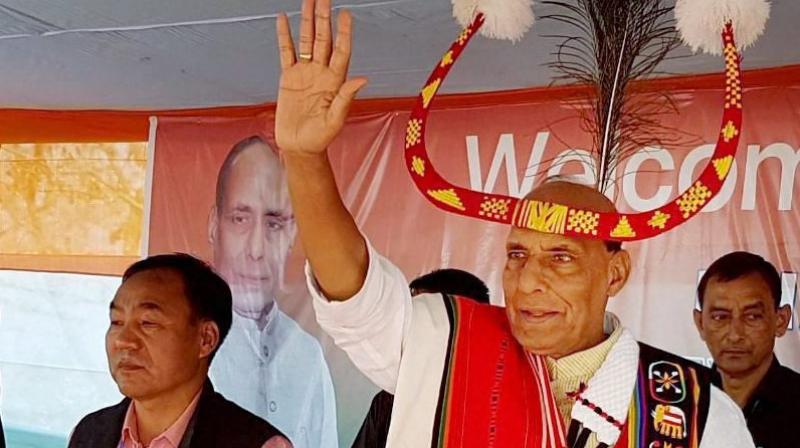 Guwahati: The campaigning for the first phase of polling came to an end on Thursday in the tiny frontier state of Manipur, which is gearing up for its most closely fought election in recent times.

If the BJP is fighting this election to spread its hold in Northeast beyond Assam, the ruling Congress party led by chief minister Okram Ibobi Singh is looking for fourth-consecutive term.

In power since 2002, Mr Singh is among very few Manipur chief ministers who have managed to complete a full term. In fact, the last longest serving chief minister in Manipur was Congress’s Rishang Keishing, who was in office from 1981 to 1988.

Mr Singh began his political career as an independent candidate in 1984, but soon joined the Congress.

During his three tenures, Manipur has witnessed extreme turmoil, including charges of increased extra-judicial killings. In fact, one of the first big crises of Mr Singh’s first term was the rape and murder of Manorama Devi in 2004, allegedly by the Indian Army. The case, which saw Manipuri women protesting naked outside the Assam Rifle Headquarters in Imphal carrying banners that read “Indian Army Rape Us” — made headlines around the country. This led to the removal of the Armed Forces Special Protection Act (AFSPA) in the Imphal municipal area, though the Act remains operational in other parts of the state.

The state has been plagued by insurgency since the 1950s when it was merged with India. Over the years, armed groups — first fighting for secession, then for autonomy and later for merging with Nagaland — have flourished.

There are at least 30 active militant groups. New Delhi has chosen to respond to these unrests with a heavy hand and the state has seen heavy military presence for some decades now.