The party was earlier accused to have disrespected the national anthem in the chaos that occurred in the J&K assembly on Monday. 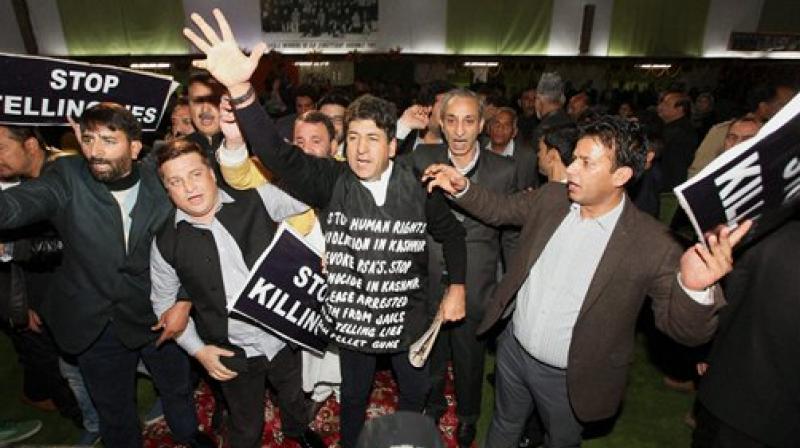 Opposition members protesting during the address of J&K Governor to the joint session of J&K Legislature on the first day of Budget Session in Jammu on Monday. (Photo: PTI)

Jammu: The Congress Legislative Party (CLP) leader Rigzin Jora on Monday lashed out at the ruling parties for "misinforming" people that the opposition has "disrespected" National Anthem and said there is no question of disrespecting the anthem.

Jora also said the Congress does not need sermon about nationalism and patriotism from the BJP.

Claiming that "there was din and confusion in the House that National Anthem was almost inaudible,” he said adding that “the Governor also walked out from the Hall amidst confusion and chaos."

The opposition held protest against the alleged "oppression and misrule" of the Government, which is the basic right of every elected representative, he said.

"We, as representatives of the Congress party will continue to play our role and make the voice of common man of the state resonate in both houses of Legislature", he said.