Munde urged her supporters to come for a rally in Beed on December 12, also the birth anniversary of her late father Gopinath Munde. 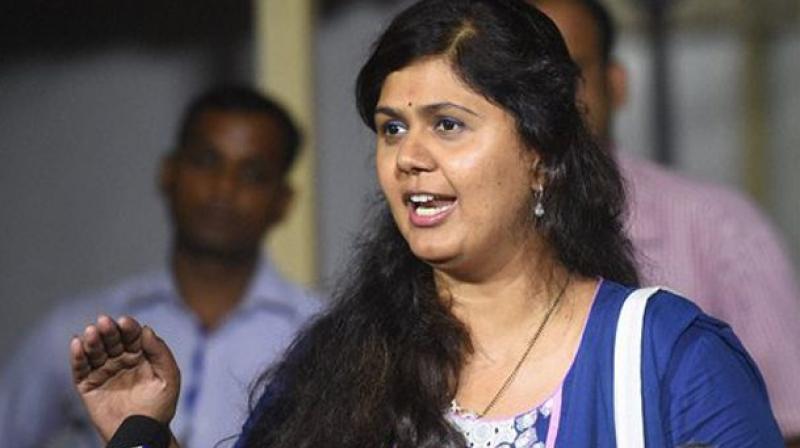 Now her bio on the micro-blogging site reads, “RT’s r not endorsements.”

Munde on Sunday urged her supporters to come for a rally to be held in Beed on December 12, also the birth anniversary of her late father and former union minister Gopinath Munde.

Through an emotional Facebook post, Pankaja said that after her defeat in the recently held Maharashtra Assembly polls, she had received several calls and messages from her supporters to meet, but could not do so because of the situation in the state.

She has said that in the changed political scenario, the future course of action needs to be decided.

“You are asking me for time ... I am going to give you time ... eight to ten days. These 8-10 days I want time to communicate with myself a little bit. What to do next? Which way to go? What can we give to our people? What is your power? What do people expect? I am going to be in the presence of all these things,” Munde’s Facebook post in Marathi, roughly translated in English, reads.

Pankaja Munde lost from her family bastion -- Parli seat -- to NCP’s Dhananjay Panditrao Munde by a margin of approximately 30,000 votes in the Assembly elections held in October.