The petition was filed by journalist Rakesh Dixit, who is a registered voter in Bhopal. 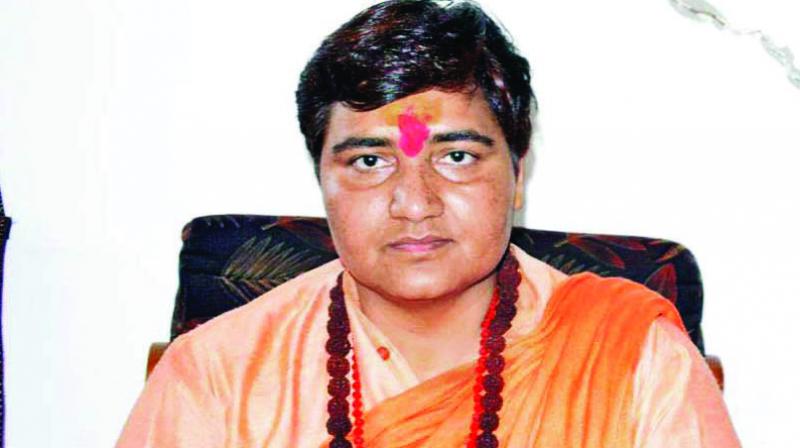 Thakur won from Bhopal by defeating Singh by over 3 lakh votes. (Photo: File)

Jabalpur: The Madhya Pradesh High Court on Thursday issued a notice to BJP Bhopal MP Pragya Singh Thakur on a petition challenging her election to the Lok Sabha on the grounds that she allegedly adopted "corrupt practices" and whipped up communal passions during the campaign.

The petition was filed by journalist Rakesh Dixit, who is a registered voter in Bhopal.

According to litigant's Advocate Arvind Shrivastava, a notice has been served to 2008 Malegaon blast accused Thakur by Justice Vishal Dhagat on Thursday and he has sought her response within four weeks.

Thakur had violated section 123 (3) (seeking votes on the basis of religion) of the Representation of the People Act during the Lok Sabha poll campaign, the petition claimed.

"She also made false statements against her rival and Congress candidate Digvijay Singh and gave defamatory statements about other candidates. She even said that he is proud of the fact that she was among the ones who demolished Babri Masjid and she is proud of it, she even said that she was sent by God to save Hindus, she asked people to not repeat the mistake which they did before by voting Singh," the advocate said.

"She even gave controversial remarks on Hemant Karkare and Nathu Ram Godse," he said.

Thakur won from Bhopal by defeating Singh by over 3 lakh votes.