The IT department's clarification came after Congress termed the raids as 'political witch-hunt of the Bharatiya Janata Party (BJP). 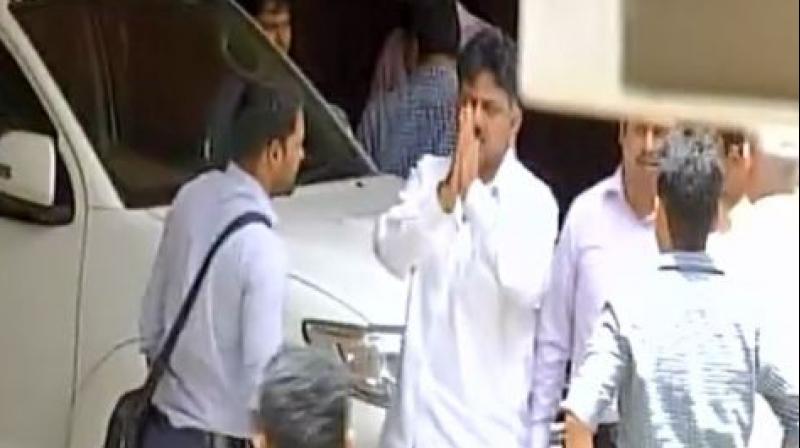 Bengaluru: The Income Tax department on Wednesday denied that its raid at Karnataka Energy Minister's residence and resort has anything to do with the Gujarat's Congress MLAs.

The IT department's clarification came after Congress termed the raids as 'political witch-hunt of the Bharatiya Janata Party (BJP).

"The search under Section 132 of the Income Tax Act is an evidence gathering exercise which is being carried in compliance with all statutory requirements. The search is the continuation of an investigation which has been in progress for a considerable period of time," a press release by Directorate General of Income-tax (Investment), Bangalore said.

The press release claimed that the timing of the search was decided well in advance.

The events involving certain MLAs of another state being brought to Karnataka were unforeseen and unpredictable events.

The press release further said that "the minister being searched was staying at a resort near Bangalore where some MLAs from another state are put up. Hence, the Minister's room alone is being searched".

The raids started at 7 am Wednesday morning and are still underway.

Shivakumar was in-charge of hospitality for all 44 Congress Gujarat MLAs in Bengaluru, who were sent out of Gujarat by Congress.