Shah stated that after BJP coming to power the country has moved towards development. 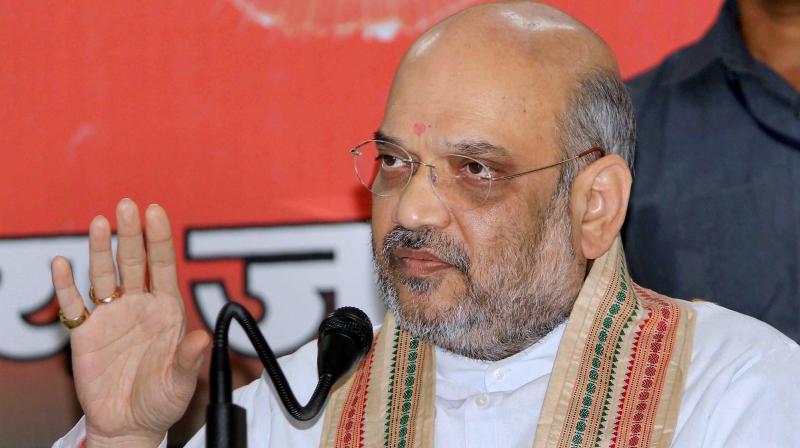 Rohtak: Taking a jibe at Congress Vice-President Rahul Gandhi, Bharatiya Janata Party (BJP) President Amit Shah on Wednesday stated that the former is responsible for beginning the process of dissolving the Congress Party and dynasty politics.

"Wherever the BJP Government has come to power, there has been development in that area. When the Congress Government once ruled, the country's growth rate drastically fell, only after BJP coming to power the growth rate has gone up. The Bharatiya Janata Party has done the task of liberating the country from the politics of dynasty and appeasement. Also a political party which is based on principles can develop the country," Amit added.

On July 30, Gujarat Chief Minister Vijay Rupani had said that Congress Party president Sonia Gandhi was sinking the party because of the affection she has towards her son, Rahul Gandhi.

"Sonia Gandhi is immersed in the affection towards her son, which has drowned the Congress party in entire country. Today the condition of their party is getting worse as, no one wants to accept their rule," Rupani said.

Rupani also accused the Congress party of being insensitive and irresponsible, stating that they have sent their 40 MLAs to stay in a 5-star hotel in Bengaluru, while Gujarat is facing floods.

Earlier in the week, the Congress had accused the BJP of horse-trading in Gujarat and using "money, muscle and state power" to engineer defections, after six of its MLAs ( Member of Legislative Assembly) had resigned from the party to join the BJP.

The party on July 28 flew 44 of its MLAs to Bengaluru to stop more of them from switching over to the BJP.