Second round of talks was postponed by India after reports on appointment of ‘controversial elements’ by Pak in committee for Kartarpur. 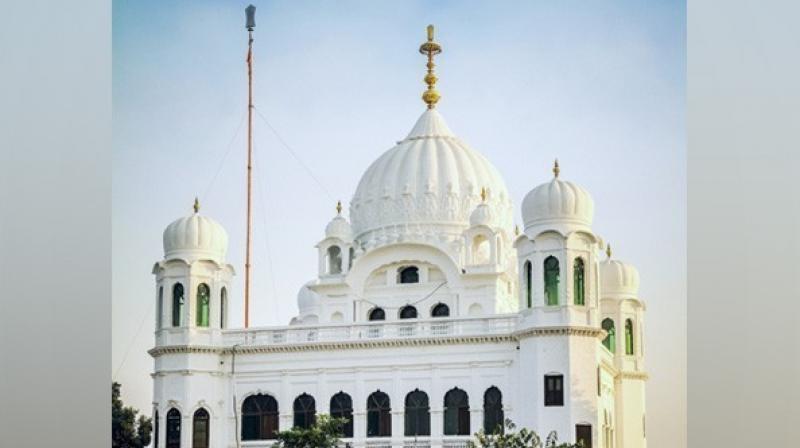 ‘Pakistan remains committed to expediting progress on the matter to ensure that the Corridor is operationalized in time for the 550th birth anniversary celebrations of Baba Guru Nanak in November 2019,’ a press release said. (Photo: ANI)

New Delhi: Pakistan on Tuesday conveyed to India that the second meeting for finalising the modalities to operationalise the Kartarpur corridor will be held on July 14 on their side of the border.

"Pakistan, today, conveyed to India that the second meeting to discuss the draft agreement for finalizing the modalities of Kartarpur Corridor and related technical issues will be held on July 14, 2019 at Wagah," an official communique said.

The Indian side has been requested to convey the composition of its delegation, it added.

The press release said: "Pakistan remains committed to expediting progress on the matter to ensure that the Corridor is operationalized in time for the 550th birth anniversary celebrations of Baba Guru Nanak in November 2019."

India had on Saturday proposed fresh dates, tentatively in the second week of July, to finalise the outstanding technical issues pertaining to the corridor, sources had said.

The second round of talks was postponed by the Indian side after reports surfaced about the appointment of "controversial elements" by Pakistan in a committee associated with the corridor.

The two countries were previously slated to meet on April 2 in Pakistan, which was stalled.

Despite the postponement, India had offered to hold a technical meeting to discuss other aspects, according to India's Ministry of External Affair Spokesperson Raveesh Kumar.

Local media reports have claimed that Pakistan has completed more than 50 per cent of the construction work of the corridor.

The first round of talks between the two sides was held at Attari in Punjab on March 14, during which issues like finalisation of the draft agreement between the two countries were discussed.