No discussion on joining BJP: Cong MLA Gore on meet with BJP minister

Congress was wiped out in the recently concluded LS elections and could only win 1 seat while its ally NCP won 4 out of 48 seats. 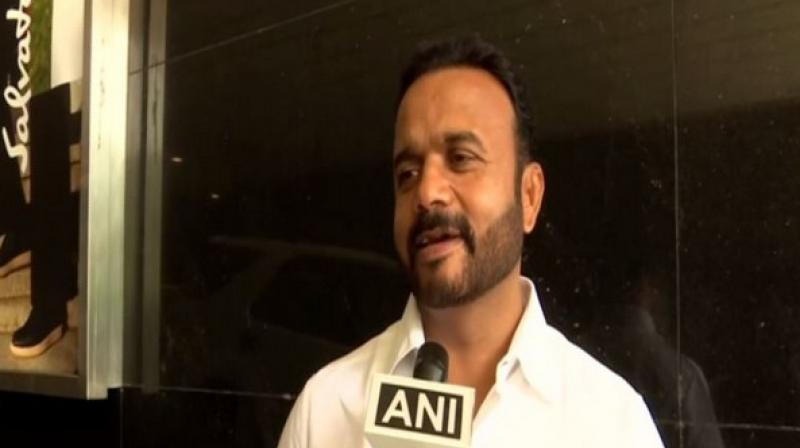 Mumbai: Refuting speculations of him joining Bharatiya Janata Party (BJP), Congress MLA Jay Kumar Gore on Saturday said that his meeting with BJP Minister Girish Mahajan was completely apolitical and was held to discuss the drought situation in his constituency.

Speaking to ANI, Gore said, "There hasn't been any discussion of me going to BJP. The place which I represent in the Legislative Assembly is facing drought. Water is required to be released in my constituency for the welfare of farmers. My meeting was completely apolitical."

Gore was accompanied by BJP MP Ranjitsinh Naik Nimbalkar to the meeting.

Congress was wiped out in the state in the recently concluded Lok Sabha elections and could only win one seat while its ally NCP won four out of 48 seats.