Ministers would be available for party workers: Chhattisgarh Congress

Party also opined that Rahul Gandhi should continue as party president and take back his resignation. 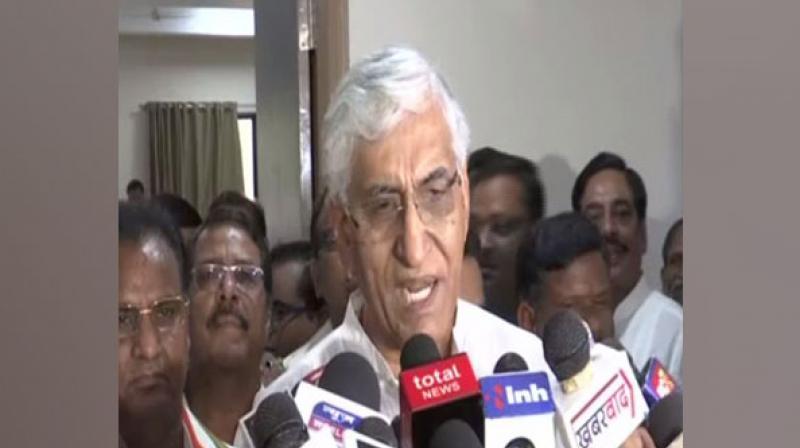 In the recently concluded Lok Sabha elections, the BJP has won nine seats out of 11 in Chhattisgarh. (Photo: ANI)

Raipur: Following the Lok Sabha polls debacle, the Chhattisgarh Congress on Sunday decided that a minister, by rotation, would be made available at the Pradesh Congress office for hearing the grievances and suggestions of party workers.

In the State Congress Working Committee meeting, it was also opined that Rahul Gandhi should continue as party president and take back his resignation.

"In today's meeting, we all had the same thinking that Rahul Gandhi should not resign from his post. Also, we reviewed our debacle in the election and felt that we appeared to be weaker in terms of the election campaign and the BJP presented all our good work in negative forms," said TS Singh Deo, a minister in Chhattisgarh.

"We are also working on the recommendations of MLAs to work on all the loopholes. Compared to urban areas, Congress did better in rural areas," he said.

In the recently concluded Lok Sabha elections, the BJP has won nine seats out of 11 in Chhattisgarh.