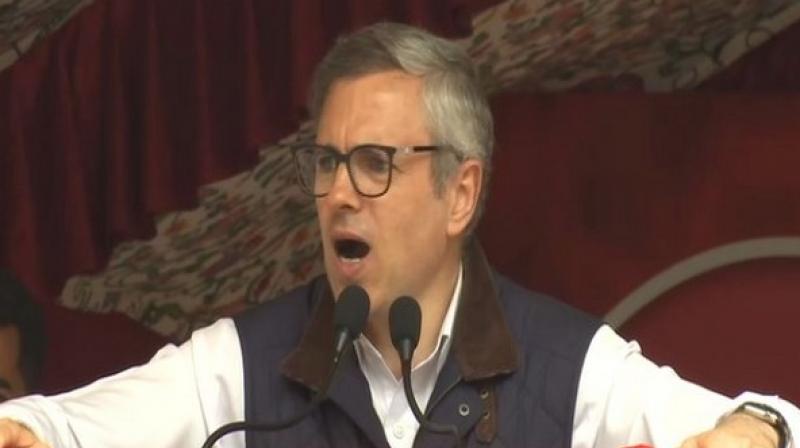 ‘They not only violate basic norms of diplomatic conduct and civilised behaviour, but are also counter-productive for our bilateral relations,’ Indian envoy Ajay Bisaria said. (Photo: ANI)

Srinagar: National Conference leader Omar Abdullah on Sunday reacted to the row over Indian High Commissioner’s party in Islamabad urging both the countries to "stop this nonsense".

Omar's response came after sources said that guests were "aggressively turned away" by Pakistani security officials from an Iftar party hosted by the Indian High Commission in Islamabad on Saturday and even calls were made to stop many of them from attending it.

"We apologise to all our guests who were aggressively turned away from our Iftar party last evening. Such intimidatory tactics are deeply disappointing. They not only violate basic norms of diplomatic conduct and civilised behaviour, but are also counter-productive for our bilateral relations," he said.

"Before that, they called invitees from masked numbers and threatened them with consequences if they attended the Iftar. They sunk to a new low of harassment, mostly of their own people," they added.