Tej Bahadur says he is ‘asli chowkidar’, will move SC. 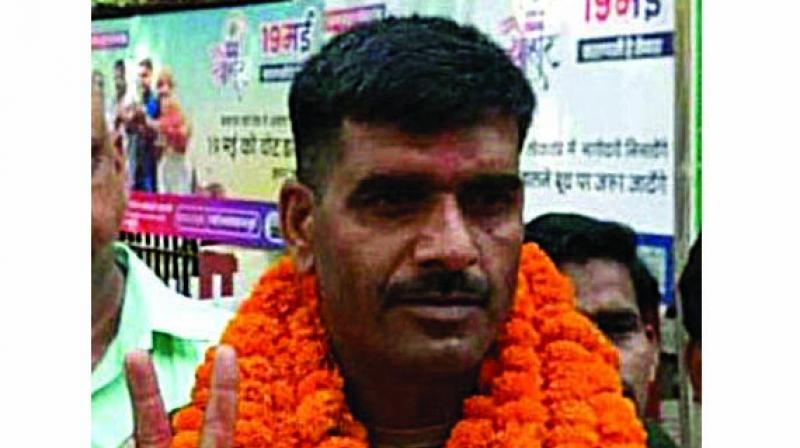 The former BSF constable had hit the headlines after his video of the alleged poor quality of food being served to the jawans had gone viral on social media. He was subsequently dismissed.

Mr Yadav was served notices on Tuesday by the Varanasi returning officer over “discrepancies” in the two sets of nomination papers submitted by him.

Prior to his nomination being rejected, Mr Yadav had launched an attack on Mr Modi saying, “Country’s ‘nakli chowkidar’ is afraid of ‘asli chowkidar’, a jawan, so he and his party is trying to prevent me from fighting this election.”

In the first set of papers on April 24, he had mentioned that he was dismissed from the BSF. On April 29, he submitted a second set of papers —this time as the SP nominee for the Lok Sabha seat — but did not give out this information. He was also required to submit a no-objection certificate from the BSF, giving reasons for his dismissal.

The district magistrate referred to Section 9 and Section 33 of The Represe-ntation of People Act and said that Mr Yadav’s nomination was not accepted as he “could not furnish the required documents” in the stipulated time.

Section 9 of the act bars anybody who has been dismissed from a Central or state government job within the last five years for disloyalty to the nation or corruption. Section 33 requires the candidate to submit a certificate from the EC that he/she has not been dismissed on these charges in the last five years. The DM claimed that Mr Yadav and his team were given “enough time” but “they could not furnish the documents”.

“I had raised my voice about what I had felt was wrong when I was with the BSF. I decided to come to Varanasi to assert that voice for justice. If there was a problem with my nomination, why did they not tell me when I had filed (my papers) as an Independent candidate,” he lamented.