The parties shared the dais under the banner of “Unity of Progressive Forces”. 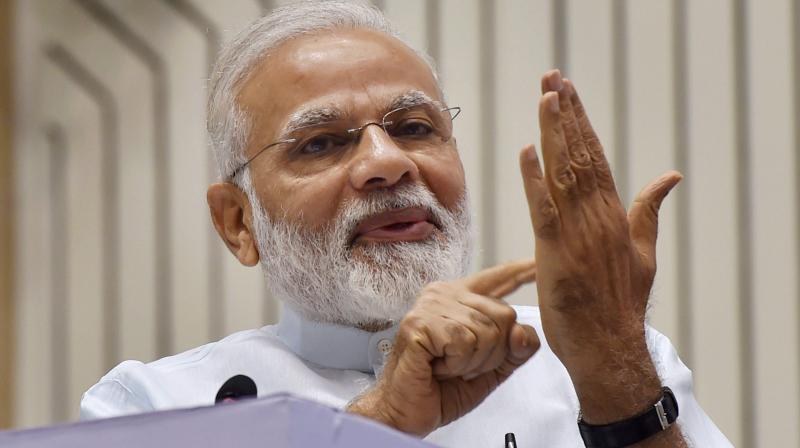 New Delhi: Testing the waters for a grand alliance against the Modi government, Opposition parties, including the Congress, Left parties and the socialist block came together on a common platform on Monday, calling for a united, ideological fight against the current dispensation.

Using the occasion of veteran socialist leader Madhu Limaye’s 95th birth anniversary, the Left as well as socialist parties like the JD-U, JD-S, BSP and RLD put behind their anti-Congress stance and said that the need of the hour was an anti-BJP, anti-RSS alliance. The Nationalist Congress Party was also in attendance.

The parties shared the dais under the banner of “Unity of Progressive Forces”. May 1 is also observed worldwide as International Labour Day.

Senior leader Digvijay Singh, who represented the Congress, said that the need was for an ideological and not personality-based fight. “The grand alliance needs to be defined. Otherwise it would become Modi versus the rest,” he said, and added, “There is a personality cult as of now.”

“The fight is between the fascist forces and the democratic forces. If we want to save this country from fascist forces, then the only option is the unity of progressive forces,” Mr Singh said.

“We have to forgo small differences and come together. We need a positive narrative.”

The Congress along with other “secular” parties has already decided to field a common presidential candidate as a step to counter the Modi juggernaut.

“The presidential polls would be the first test. This would be an acid test before there’s any talk of grand alliance for the 2019 general elections,” CPI-M general secretary Sitaram Yechury said. “We have to decide where we all stand in this ideological fight”.

“I appeal to all secular dispensations to come together for this election,” he said, adding that there was need for secular supervision in the presidential office as it was a constitutional post.

Though there are many names doing the rounds for an Opposition presidential candidate, including NCP chief Sharad Pawar, senior JD-U leader Sharad Yadav and even a second term for President Pranab Mukherjee, Mr Yechury said no name has been decided as of now.

Mr Yadav said the time was ripe for an Opposition alliance as there was “very serious” condition in the entire country.

“In Kashmir, the situation is so serious that in the recent bypolls, only two per cent people voted. While in Tamil Nadu, a popular government which had a majority was being split.”