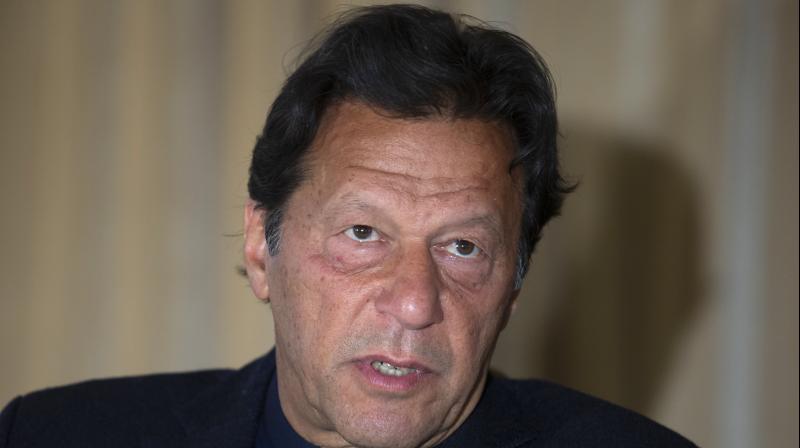 Pakistan's Cabinet on Thursday rejected the recommendation of the Economic Coordination Committee to import cotton and sugar from India. (Photo: AP)

Islamabad: In a volte-face, Pakistan's Cabinet on Thursday rejected the recommendation of the Economic Coordination Committee to import cotton and sugar from India, with two senior ministers saying there can be no normalisation of ties with New Delhi until it reverses its decision in 2019 to revoke the special status of Jammu and Kashmir.

The somersault came a day after the high-powered committee under newly appointed Finance Minister Hammad Azhar on Wednesday decided to import the two key items from India, lifting a nearly two-year-long ban on their import from the neighbouring country.

The issue was under speculation since afternoon but officials kept mum and finally the first confirmation came from Minister for Human Rights Shireen Mazari, who is known for her hawkish stand on Kashmir.

Mazari said that Prime Minister Khan, who chaired the first Cabinet meeting after testing COVID-19 positive on March 20, "made (it) clear (that) there can be no normalisation of relations with India until they reverse their actions viz Kashmir of August 5 2019.

Later, Foreign Minister Shah Mahmood Qureshi in a video message said that the Cabinet discussed the issue of import of cotton and sugar from India.

"An impression is being created that relations with India have become normal and trade has been restored" he said. "On this impression, the Prime Minister and the Cabinet had a consensus opinion that until India reviewed the unilateral actions of Aug 5, 2019, it would not be possible to normalise ties with India."

Ahead of the Cabinet meeting, Mazari had said that all ECC decisions have to be approved by Cabinet and only then can they be seen as "approved" by the government.

"Just for the record - All ECC decisions have to be approved by Cabinet & only then they can be seen as "approved by govt"! So today in Cabinet there will be discussion on ECC decisions incl trade with India & then govt decision will be taken! Media shd be aware of this atleast!" Mazari had tweeted.

Azhar's announcement on Wednesday to import cotton and sugar from India had raised hopes of a partial revival of bilateral trade relations, which were suspended after the August 5, 2019 decision of New Delhi to revoke the special status of Jammu and Kashmir.

India is the world's biggest producer of cotton and the second biggest sugar manufacturer.

In May 2020, Pakistan had lifted the ban on import of medicines and raw material of essential drugs from India amid the Covid-19 pandemic.

Ties between India and Pakistan nose-dived after a terror attack on the Pathankot Air Force base in 2016 by terror groups based in Pakistan. Subsequent attacks, including one on an Indian Army camp in Uri, further deteriorated the relationship.

The ties strained further after India's war planes pounded a Jaish-e-Mohammed terrorist training camp deep inside Pakistan on February 26, 2019 in response to the Pulwama terror attack in 2019 in which 40 CRPF jawans were killed.

India's move to revoke the special status of Jammu and Kashmir in August, 2019 angered Pakistan, which downgraded diplomatic ties with India and expelled the Indian High Commissioner in Islamabad. Pakistan also snapped all air and land links with India and suspended trade and railway services.