Addressing the leaders, Mrs Gandhi said that the worst sufferers of this pandemic were the poor and disadvantaged 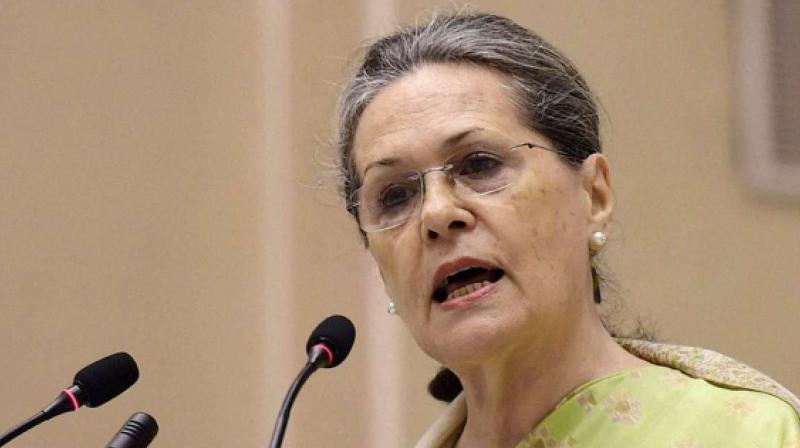 As unprecedented times demand, the Congress Working Committee on Thursday for the first time met through video-conferencing with party chief Sonia Gandhi asserting that Covid-19 does not differentiate between political ideology, religion, caste, age or gender and the 21-day lockdown though necessary had been done in an “unplanned” manner by the government.

Significantly, former Congress President Rahul Gandhi, who had been not attending CWC meetings since quitting as party chief after the Lok Sabha debacle, was also attended today’s meeting.

Addressing the leaders, Mrs Gandhi said that the worst sufferers of this pandemic were the poor and disadvantaged.

“The 21 day National Lock Down may have been necessary but the unplanned manner in which it has been implemented has caused chaos and pain in the lives of millions of migrant workers all over India. It has been heart-breaking to see lakhs of people walking for hundreds of kilometres towards their villages without food or shelter”.

Mrs Gandhi urged the Central Government to prepare and publish a Common Minimum  Relief  Programme. “This is vital and will help alleviate several of the concerns that currently afflict all people”.

She said that as far as the Covid-19 virus was concerned, there was no alternative to constant and reliable testing.

“Our doctors, nurses, and health workers need all the support possible. Personal Protection Equipment such as hazmat suits, N-95 masks, etc. must be provided to them on a war footing. Equally important are Ventilators and breathing equipment, isolation beds and designated hospitals to treat Covid-19. The onus lies on Governments to ensure that the spread of infection and casualties are not caused owing to lack of infrastructure or preparedness,” she added.

She also sought special assistance for farmers and medium and small-scale enterprises. “The livelihood of crores of our citizens has been imperilled. Government needs to put in place a comprehensive strategy to manage this crisis,” she said.

The Congress President asked party led governments in states, frontal organisations, leaders and workers to step forward and offer their help to those families who are at extreme risk. “Covid-19 does not differentiate between political ideology, religion, caste, age or gender.  The choices we make today will have a direct impact tomorrow on our family, neighbourhood, community, environment and nation”.