Won’t give tickets to Muslim as they don’t trust us: K'taka BJP leader

Addressing Kuruba and minority communities, BJP leader said 'Cong uses you only as vote bank, doesn't give you ticket.' 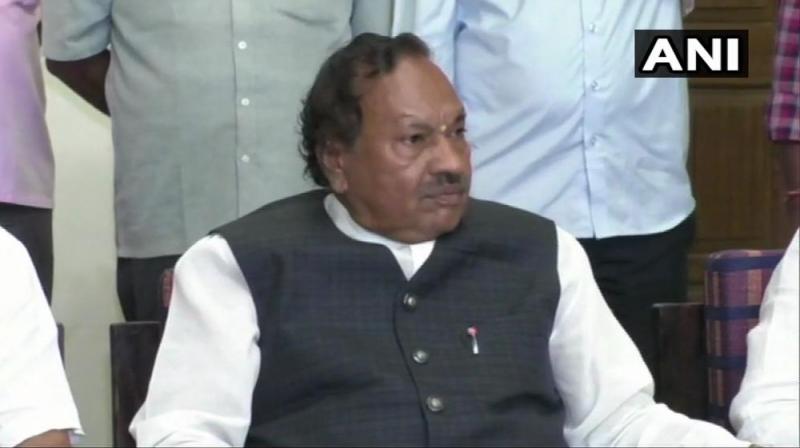 Eshwarappa, 70, who is a member of the Kuruba backward caste, is also known for making controversial and sexist statements in the past as well. (Photo: ANI)

Koppal: Ahead of the Lok Sabha elections, BJP leader and former deputy chief minister of Karnataka KS Eshwarappa caught himself in a controversy for slamming the oppositions and the Muslims for not trusting in them.

While addressing members of Kuruba and minority communities on Tuesday in Koppal, KS Eshwarappa said, “Congress uses you only as a vote bank, doesn't give you a ticket. We won't give Muslims tickets because you don't believe in us. Believe us and we'll give you tickets and other things.”

Eshwarappa, 70, who is a member of the Kuruba backward caste, is also known for making controversial and sexist statements in the past as well.

In January this year, Eshwarappa claimed that the former chief minister Siddaramaiah had gone 'pagal' (crazy) after losing his chief ministerial position and therefore, resorted to attacking BS Yeddyurappa.

Eshwarappa told ANI, "Congress has no plans for development in Karnataka. Gradually 20 to 25 MLAs will leave Congress. Siddaramaiah lost the CM post. Since then, he has become like a 'pagal'. That is why he is targeting BS Yeddyurappa."

Earlier, in last year, he alleged that Muslims who have killed 22 RSS and BJP activists are with the Congress and those who are good Muslims are with the BJP.

Around the same time, Eshwarappa had also landed in another controversy when he had asked if the then chief minister Siddaramaiah and home minister KJ George will have "feelings" for survivors of sexual assault only if their daughters were "raped".