Kushwaha was the ally of Nitish Kumar government a few months back. 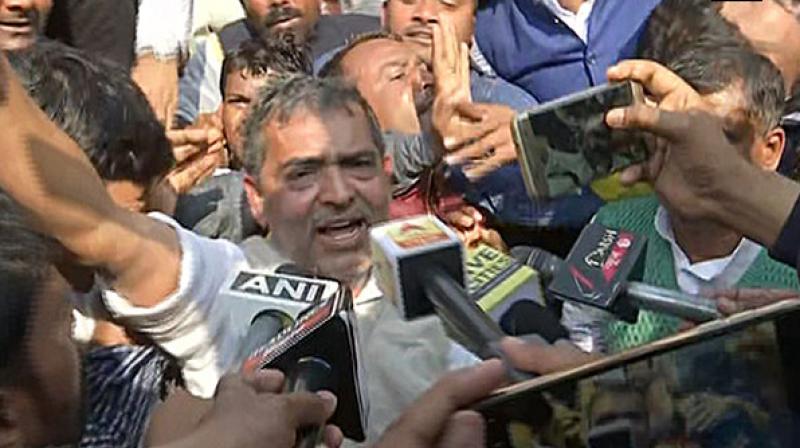 RLSP chief said he and his colleagues sustained injuries during lathi-charge and accused Bihar CM Nitish Kumar of orchestrating it. (Photo: ANI)

Patna: Rashtriya Lok Samata Party (RLSP) chief Upendra Kushwaha was injured at Jan Aakrosh rally on Saturday which he alleged was due to police lathi-charge.

"Police resorted to lathi-charge at the behest of Nitish Kumar. I am injured, I was hit on the head. Our colleagues too sustained injuries during the lathi-charge," Kushwaha said.

Police resorted to lathi-charge during RLSP Jan Aakrosh rally which was also attended by Kushwaha.

The RLSP chief said he and his colleagues sustained injuries during the lathi-charge and alleged that Bihar Chief Minister Nitish Kumar was behind it.

Speaking to reporters, Kushwaha accused the Janata Dal (United)-led government of not providing proper education facilities to the poor.

Kushwaha was the ally of Nitish Kumar government a few months back.