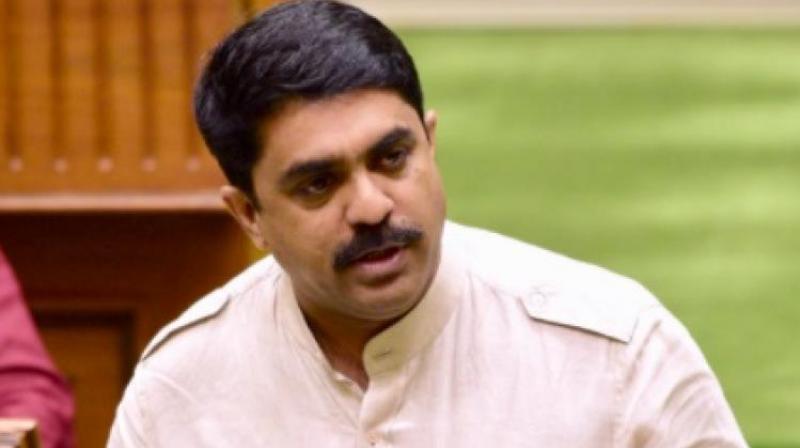 Panaji: A day after the Congress slammed Goa minister Vijai Sardesai for "comparing" Chief Minister Manohar Parrikar to Jesus Christ, the latter has accused the opposition party of twisting his statement "to hurt the religious sentiments".

A day later, the Congress took exception to the Town and Country Planning Minister and Goa Forward Party (GFP) chief for quoting Bible to liken Mr Parrikar to Jesus Christ.

Reacting to the Congress's statement, Mr Sardesai on Saturday said, "I am not referring to concrete bridges, but bridges of human relationships."

"If Congress misunderstands my statement as concrete bridges, I do not have to say sorry for their selective and deliberate reading. In fact, it is the Congress, which by giving a spin to my statement, is hurting religious sentiments and blaming me," he said.

"I only find an analogy between Parrikar and Jesus. I have never equated him to Jesus Christ. It only means when it came to bridging humans...especially those on the other side like me, Parrikar showed Jesus's ways...Saying this does not mean I am making him Jesus," Mr Sardesai added.

"Having cleared my intention, if anyone is hurt because of the spin deliberately given by Congress, I seek pardon from people whose sentiments are hurt. But I appeal to the people not to fall prey to the mind games played by the Congress," Mr Sardesai added.