The Pune Sessions Court on Friday rejected an anticipatory bail application of the activist. 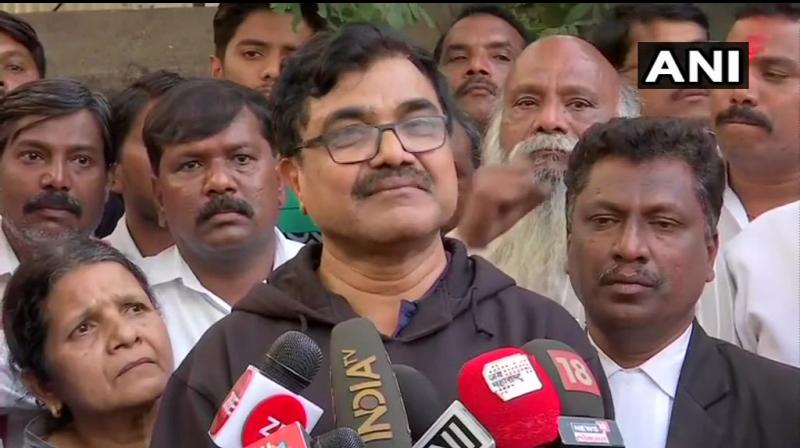 On January 1 last year, violence had erupted during the 200th-anniversary celebrations of Bhima-Koregaon battle, leaving one dead and several injured. (Photo: ANI)

Pune: Labelling the arrest as illegal, a Pune Sessions Court on Saturday ordered the release of activist Anand Teltumbde, an accused in the Bhima Koregaon case.

“As per the Supreme Court order, activist Teltumbde has interim protection till February 11. Meanwhile, he can approach the competent authority which includes sessions court, High court and Supreme Court for bail/pre-arrest bail,” the Pune Sessions Court observed.

Anand Teltumbde, an accused in Bhima Koregaon case, after Pune Sessions Court ordered his release: I welcome the decision. But what police has done, the arrest and all the drama, is objectionable. pic.twitter.com/uT0Su4WUe9

The Pune Sessions Court on Friday rejected an anticipatory bail application of the activist.

He was kept at Ville Parle police station in Mumbai.

Last month, the Supreme Court dismissed Teltumbde's plea seeking quashing of an FIR registered against him by the Pune Police in connection with the Bhima-Koregaon violence.

On January 1 last year, violence had erupted during the 200th-anniversary celebrations of Bhima-Koregaon battle, leaving one dead and several injured.