The state BJP spokesperson alleged youths have been cheated by the Akhilesh Yadav govt as they were not paid unemployment allowance. 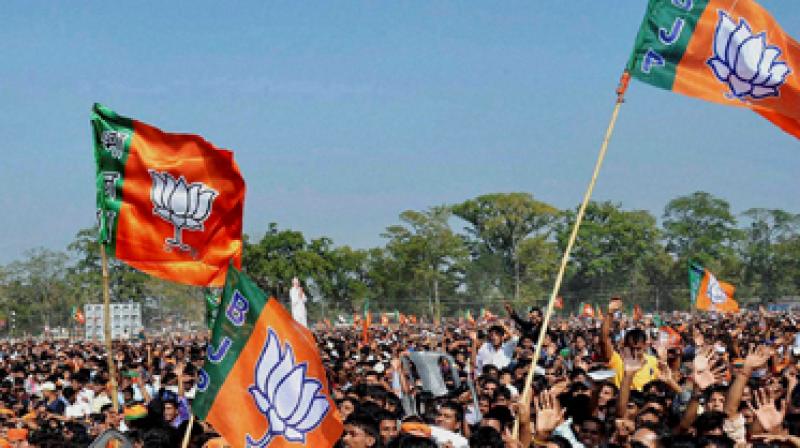 Mathura: The 2013 Muzaffarnagar riots and alleged migration of Hindus from Kairana in Shamli district would be re-investigated if the party is voted to power in the Uttar Pradesh Assembly polls, state BJP spokesperson Manish Shukla said on Thursday.

"Since the real face of Muzaffarnagar riots and Kairana exodus has not come to surface, BJP would re-start probe on both the issues," Shukla told mediapersons here.

He alleged that youths have been cheated by the Akhilesh Yadav government, as they were not paid unemployment allowance and transparency was not practised in recruitment processes.

Terming the Congress-SP alliance as an "alliance of corruption and crime", Shukla said by joining hands with Congress, Akhilesh Yadav has exposed himself.

If he was so confident of his work in the state, he should have contested the election on his own instead of allying with Congress, he said.

In an scathing attack on BSP chief Mayawati, the BJP leader said "she loves money more than Dalit" and that she is the "daughter of wealth".

"Maintaining transparency in recruitment, BJP would start the process of filling of all vacant posts after 90 days of coming to power and ensure training under Kaushal Vikas Mission to at least one member from every family," he said.

Shukla stated that BJP has decided to provide employment opportunities to 70 lakh in the next five years if it is voted power.

The BJP government would reserve 90 per cent of jobs in industries for the youths in Uttar Pradesh, he said.