The MLA, Ravinder Baliala, joined the party along with Jagdish Yadav, a former Haryana minister. 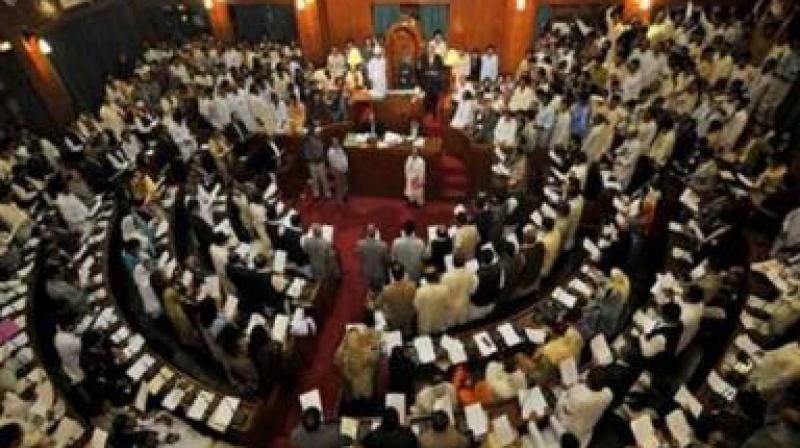 Chandigarh: In yet another setback for the Indian National Lok Dal ahead of the Haryana Assembly polls, its MLA from Ratia joined the ruling BJP here on Thursday.

The MLA, Ravinder Baliala, joined the party along with Jagdish Yadav, a former Haryana minister.

They two were welcomed into the party-fold by Chief Minister Manohar Lal Khattar and state Bharatiya Janata Party chief Subhash Barala. Both Baliala and Yadav said they have joined the BJP “unconditionally”.

Yadav was a minister in the Bansi Lal-led government in mid 1990s. Khattar said the doors of the BJP will remain open for “able people”. The INLD has been decimated since it split last year over a feud in the Chautala family and several members switched over to the BJP.

In the 90 member Haryana Assembly, BJP has 48 MLAs. The INLD technically has 11 MLAs but four of them support the Jannayak Janata Party, which broke away from it. Six other INLD members have submitted their resignations. The Congress has 17 MLAs, the Shiromani Akali Dal and the Bahujan Samaj Party one each. There are five independents and one seat has fallen vacant after the death of INLD MLA Jaswinder Sandhu earlier this year.