The party however formed the government with outside support from the BSP and SP MLAs and an Independent. 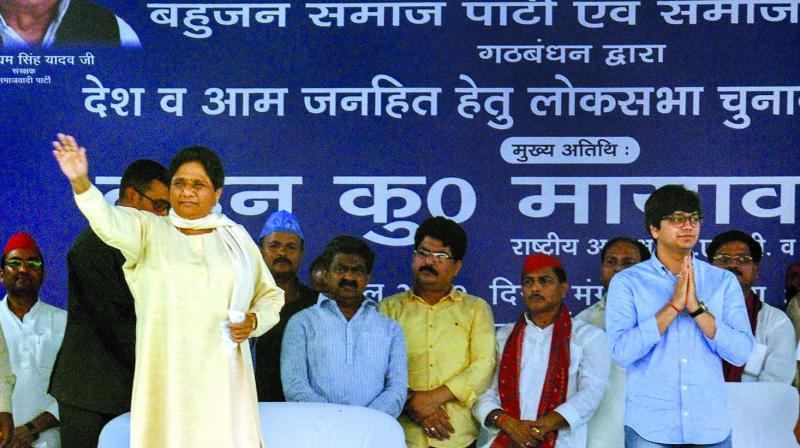 Bhopal: BSP president Mayawati on Tuesday said she would reconsider her support to the Kamal Nath-led government in Madhya Pradesh after the party's Guna candidate pulled out of the election race and joined the Congress.

In a dramatic turn of events late on Monday evening, BSP candidate for Guna, Lokendra Singh Rajput joined the Congress after announcing to withdraw from the contest giving a boost to prospects of Congress candidate for the constituency Jyotiraditya Scindia to retain the seat, which is going to polls in the six phase parliamentary elections on May 12.

“The BSP candidate was intimidated and threatened and forced to drop out but the BSP will give a reply by contesting under its own symbol and will also consider whether to continue its support to the state Congress government,” Ms Mayawati twitted.

Minutes after Ms Mayawati threatened to withdraw support to Nath government which has outside support from three BSP MLAs, two SP legislators and one independent MLA, Mr Rajput released a video statement denying allurement or coercion by anyone to join Congress.

“I am inspired by Mr Scindia’s leadership and intent to usher in development of the region by joining the Congress”, he was heard saying in the video clip.

Guna LS seat has a sizeable number of Dalits, which is the main support base of the BSP.

The Congress returned to power in MP in the 2018 assembly elections by securing 114 out of total 230 seats, falling short of majority by two seats.

The party however formed the government with outside support from the BSP and SP MLAs and an Independent.

The BJP had secured 109 seats in the last year’s assembly elections.