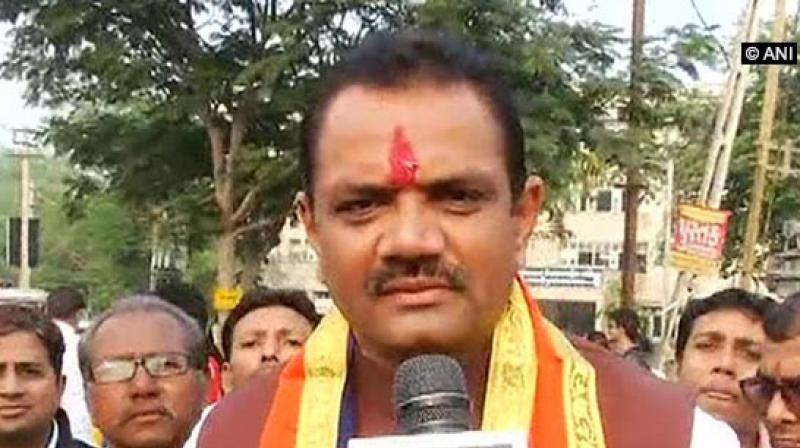 Vaghani has been barred from campaigning for violating the MCC at Amroli in Surat on April 7. (Photo:ANI)

The ban will come in effect from 4 pm on May 2, an EC order said.

Vaghani has been barred from campaigning for violating the MCC at Amroli in Surat on April 7.

The model code is a set of instructions and guidelines to be followed by political parties and candidates for the conduct free and fair elections.

The MCC came into force on March 10, when the EC announced the schedule of seven-phase Lok Sabha polls.

The poll watchdog had yesterday barred Samajwadi Party leader Azam Khan from campaigning for 48 hours starting from 6 am on Wednesday for violating the MCC with his "highly provocative" speeches in which he "appealed to secure votes on religious lines".