India   Politics  01 May 2017  Had planned liquor ban in MP during my stint as CM: Uma Bharti
India, Politics

Had planned liquor ban in MP during my stint as CM: Uma Bharti

The Minister for Water Resources said that she had become CM at a time when the financial position of MP was not sound. 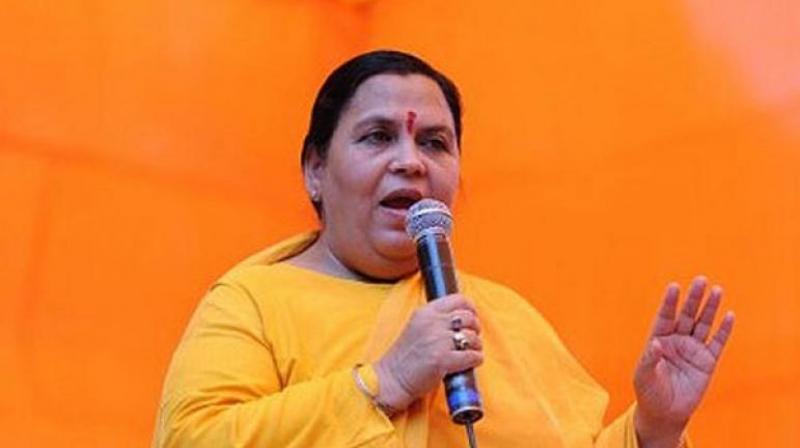 She also said that the present dispensation in Madhya Pradesh led by Shivraj Singh Chouhan seemed to be implementing the plan prepared during her time. (Photo: PTI)

“I had asked the officials to prepare a liquor prohibition plan when I was the chief minister of the state. I wanted to implement prohibition secretly. I think Shivraj Singh knows about that plan and he is now implementing the same,” she told reporters at Sagar yesterday. She extended her support to the state government’s liquor prohibition efforts.

The Minister for Water Resources, River Development and Ganga Rejuvenation said that she had become the chief minister at a time when the financial position of Madhya Pradesh was not sound.

“The state was in poor financial condition when I became the chief minister. I had asked the officials how it would affect the financial condition of the state, if the government implements the liquor prohibition. A plan was prepared in this regard,” she added.
Earlier in the day, Bharti and Shivraj Singh Chouhan performed a puja of river Narmada at Kaneri village in Dindori district as part of the ongoing ‘Namami Devi Narmade- Sewa Yatra’ and also participated in Jan-Samvad (dialogue with public) programme.

“The irrigation area of the state has increased thanks to the completion of pending irrigation projects on priority basis. This has led to a jump in the state’s growth rate. This initiative of Chouhan is a role model for the country,” she said at the Jan-Samvad programme.

She said the union government has started a drive to complete 99 pending irrigation projects in the country within a definite time-frame and the decision will enhance the irrigated area by one crore hectares.

According to her, the Narmada Sewa Yatra that was launched to protect nature and environment with the active support of society, reveals the 'saint-like nature' of Chouhan. She said that Narmada water and cow milk will be the base of Madhya Pradesh’s prosperity.