Mayawati said it is the BJP and SP that help criminals in politics but are now blaming the party. 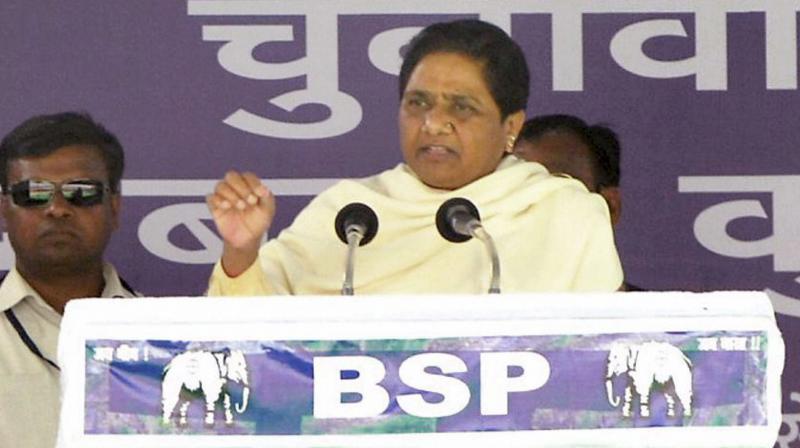 Lucknow: BSP chief Mayawati, on Tuesday, hit back  at Prime Minister Narendra Modi’s remarks on criminals, in a veiled reference to Mukhtar Ansari, and used the example of Raja Bhaiyya to make her point.

Addressing a rally in Mau from where Mukhtar Ansari is the BSP’s candidate, Ms Mayawati said that the PM’s remarks were not befitting the dignity of the office he holds.

She said that in her regime, she had sent Raja Bhaiyya to jail but he was not only a minister in the BJP government but also the Samajwadi Party government.

“Kalyan Singh used to address Raja Bhaiyya as ‘Kunda ka gunda’ but he later inducted him in his government. Mulayam Singh and Akhilesh Yadav also kept him as minister in their governments. These people have no business pointing fingers at Mukhtar Ansari. These parties know how to manage the media and I want the media to convey my message to these parties today,” she said.

Ms Mayawati said it is the BJP and SP that help criminals in politics but are now blaming the party. She asked the people to ensure the victory of Mukhtar Ansari with a huge margin and give a befitting reply to the Prime Minister.

She said that jungle raj was prevailing in the Akhilesh regime that had created new record in murders, loot, rape and dacoity and the people were bearing the brunt of the wrong policies of the centre as well as the state.

She said BSP was forming a majority government in UP but rival parties were trying to spread canards by spending huge sums of money on media.

“If Muslims and Dalits join hands, the BJP won’t come to power,” she said.