India   Politics  01 Feb 2019  If an extra step is needed to keep Akalis then we must take that step: Swamy
India, Politics

If an extra step is needed to keep Akalis then we must take that step: Swamy 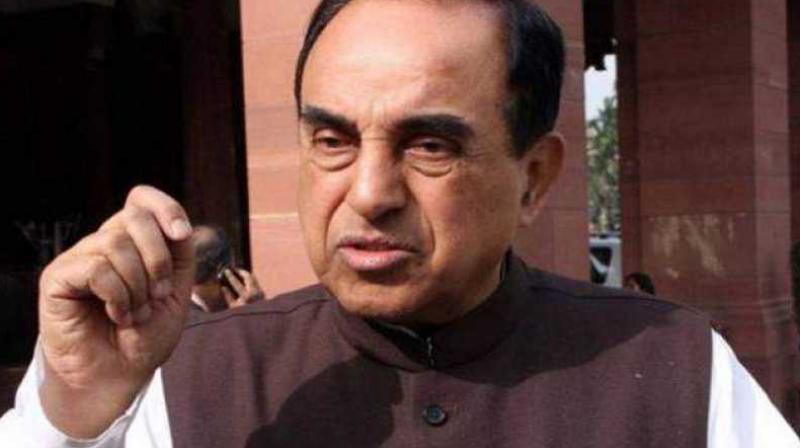 ‘There was a time when Shiv Sena was angry with us but now all is well. Akalis are our oldest allies; if an extra step is needed to keep Akalis then we must take that step,’ Senior BJP leader Subramanian Swamy said. (Photo: PTI)

New Delhi: Senior BJP leader Subramanian Swamy on Friday asserted that the Shiromani Akali Dal (SAD) has been an old ally of BJP and if need be the party should take an extra step to keep them.

Speaking to ANI, Swamy said, “There was a time when Shiv Sena was angry with us but now all is well. Akalis are our oldest allies; if an extra step is needed to keep Akalis then we must take that step.”

His remark comes after the SAD boycotted a meeting of the NDA, accusing the RSS of meddling in the religious matters of Sikhs and the BJP of not treating its allies properly on Thursday.

The SAD is said to be upset with the alleged move of the BJP government in Maharashtra to appoint its own man as the head of board of Gurdwara Takht Hazur Sahib, Nanded.

Swamy also hit out at Congress leader Shashi Tharoor for allegedly hurting the sentiments of Hindus. He said, “As per Shashi Tharoor if someone gets hurt because of him it is beneficial. He has lost his mind after he played a role in his wife's murder. They call it a suicide but it was actually a murder. I had told him that if you take a dip in the river Ganga the river itself will go back.”

Elaborating on the Ram Janmabhoomi matter, Swamy stated, “There is no dispute about who the land belongs to. They called it disputed land; I ask why is it disputed? The dispute is about who will get the compensation of that land. The person who has the title should get the compensation. Anyway, that land has been taken by the government, so what we ask is that the court can tell us what amount to pay to the government, we will pay it. There is no hurry, the court can take another 20 years.”

On the Sabarimala issue, he said: “For women who do not fall under the age bracket that is permitted for entry, there is a point from where they can worship. Provisions to worship from that point should be made. It is also the fault of the government that they implemented (the Supreme Court directive); they should have asked for time and adopted some measure for this, but since they are Communists they were all overjoyed.”