The PPCC president said he was committed to rescuing the people of the region. 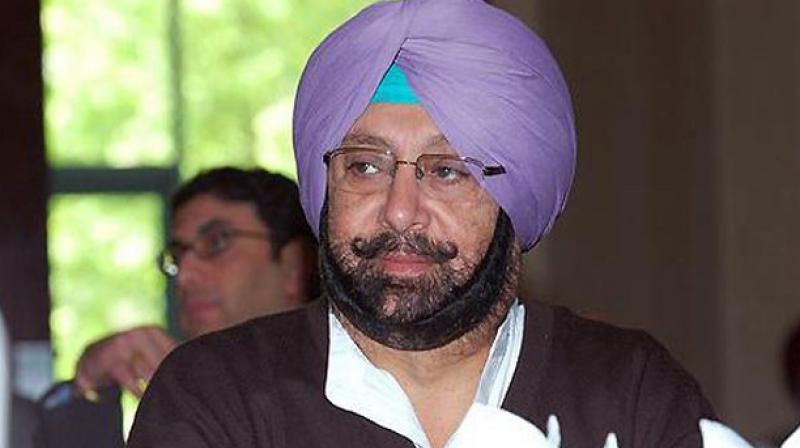 Chandigarh: Punjab Congress president and chief ministerial candidate Captain Amarinder Singh has announced free treatment for cancer victims in Punjab, while promising a permanent solution to the problem of cancer-causing pollution in the Malwa region of the state.

Captain Amarinder Singh was addressing a public rally in Faridkot, which lie in the cancer belt of the state and have been suffering from growing incidence of the cancer and other diseases as a result of the apathy of the Badal government, which failed to address the problem during their 10-year rule.

In Faridkot, flanked by Congress candidate Kushaldeep Singh Dhillon, Captain Amarinder said the people of the region were suffering from the double whammy of losing their loved ones to cancer and having to struggle to meet the heavy costs of treatment. The PPCC president said he was committed to rescuing the people of the region, which had given Punjab the dubious distinction of becoming the cancer capital of India, from the health crisis triggered by the Akali government’s failure to find an impactful solution to the pollution causing the health problems, and to ensure affordable treatment for those afflicted by the disease.

The Congress government, he promised, would find a solution for the disposal of the toxic industrial waste and contaminants spoiling the underground water in the region.

The problem was aggravated as a result of fake seeds and pesticides finding their way into the soil, said Captain Amarinder Singh, vowing to bring agriculture minister Tota Singh, involved in the pesticide scam, to book for playing with the lives of the people.

For the farmers in the region, this was a double crisis since the fake pesticides were drastically affecting their produce, while leading to health issues such as cancer and other serious ailments, the PPCC chief added.

Captain Amarinder assured the farmers that his government would implement a series of measures to revive agricultural growth in the state, and bring prosperity and smiles back into their lives.

The Punjab Congress president flayed the Badal government for pushing agriculture and industry to a shocking low, causing Punjab to come down from its glorious status of the country’s leading and most prosperous state. While agriculture has collapsed to an abominable low, industries had been fleeing the state to escape the unfriendly policies of the Akali government and fine refuge in more conducive growth environment of other states, he added.