UP: School warden strips 70 girls naked to check for menstruation

The warden allegedly threatened the students of dire consequences if they disobeyed her command. 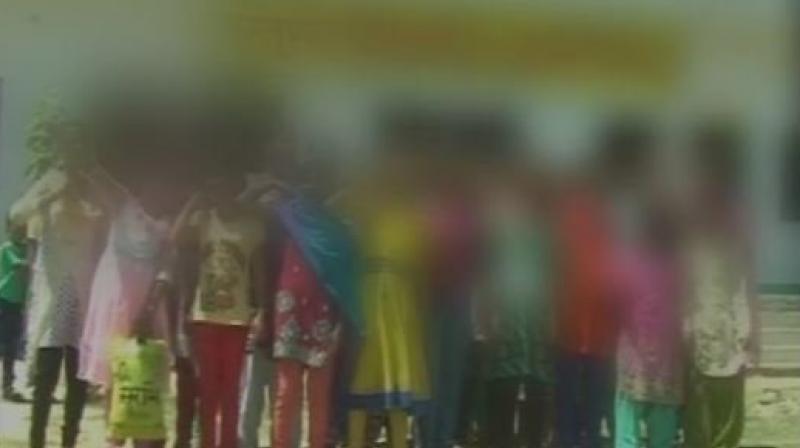 Muzaffarnagar: A group of girls at a residential school in Muzaffarnagar were allegedly threatened and forced to strip by the warden, following which an inquiry has been ordered into the incident.

To check who was menstruating, about 70 girls were allegedly forced to strip by the warden after she saw marks of menstrual blood in the bathroom, NDTV reported.

According to a complaint filed by the parents of the victims, the students of Kasturba Gandhi Residential School at Digri village were on Thursday forced to strip by the warden.

"There was no teacher around. We were called downstairs (from the hostel). Madam made us take off our clothes saying she will beat us if we did not. We are kids, what could we do? She would have beaten us if we did not obey her," one of the students said.

The warden, however, has denied the allegations.

"No one asked them to remove clothes. All this is a conspiracy by the staff because they do not want me to stay here. I had been asked to check whether the staff were performing their duties. I am strict, that is why they hate me," she said.

Meanwhile, more than half of the students of the school left after the reports of harassment by the warden surfaced.

Uttar Pradesh's Power Minister Shrikant Sharma on Friday condemned the shameful incident and said a probe by the concerned authorities has been initiated.

"We were informed through the media; the concerned officers have been given instruction to carry out the investigation," Sharma said.