The threatening call was allegedly made by the former MP while he was lodged in the jail. 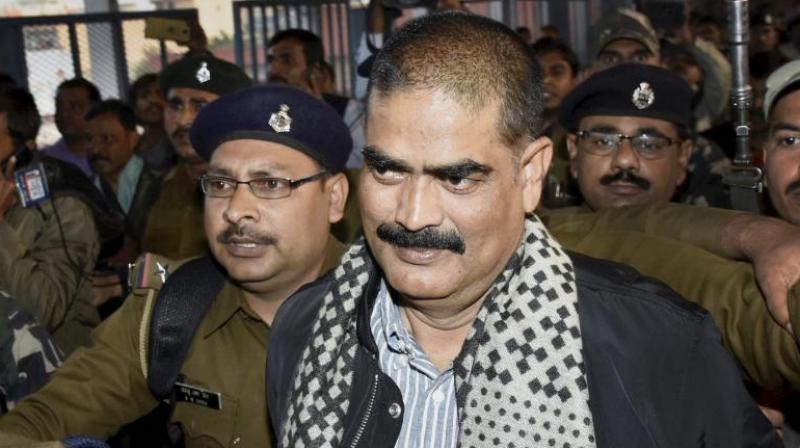 New Delhi: The CBI probe into the sensational murder of Rajdeo Ranjan has found that the Siwan-based journalist had allegedly received threatening phone call from former RJD MP Mohammad Shahabuddin from the jail.

CBI sources, privy to the investigation, told this newspaper that Rajdeo was attacked twice by criminals allegedly associated with Shahabuddin before he was killed on May 13, 2016. The CBI probe has concluded that the journalist was fatally wounded by Shahabuddin’s shooters while he was returning from office in Siwan.

The threatening call was allegedly made by the former MP while he was lodged in the jail and the role of prison officials in allowing him to use a phone in his cell is still unexplained. “The CBI has collected sufficient electronic evidence against Shahabuddin to prove that the slain journalist had received threatening call from him. This has been mentioned by the agency in its supplementary chargesheet,” sources said, adding that statements of two witnesses are crucial in establishing his (Shahabuddin) active role in hatching the conspiracy to murder the journalist.

Shahabuddin’s refusal to undergo “lie detection test” also points to the fact that he was hiding facts, sources said. Shahabuddin was in jail when the journalist was shot dead. Shahabuddin, who is facing more than 39 criminal cases that included kidnapping and murder, was transferred to New Delhi’s Tihar jail on February 18.

“The agency has sufficient evidence to prove that certain accused in the case were allegedly in constant touch with the arrested RJD leader. It has already been mentioned in the chargesheet,” sources said.

A special court in Muzaffarpur recently named Shahabuddin as the 10th accused in the case that was handed over to the CBI in September last year after the slain journalist’s widow, Asha Ranjan, and his father Radhe Krishna Chaudhary named the former MP as the killer. The suspicion over Shahbuddin’s involvement came to the fore after names of two of his henchmen, Mohammad Kaif and Mohammad Javed, surfaced in the case. The CBI on August 22 filed a chargesheet against Shahabuddin in the case. This was a supplementary chargesheet filed by the CBI against Shahabuddin and six other accused in a special CBI court in Muzaffarpur (Bihar). The agency had filed its earlier chargesheet against one accused in December 2016.