One of the car's occupants, however, managed to flee. 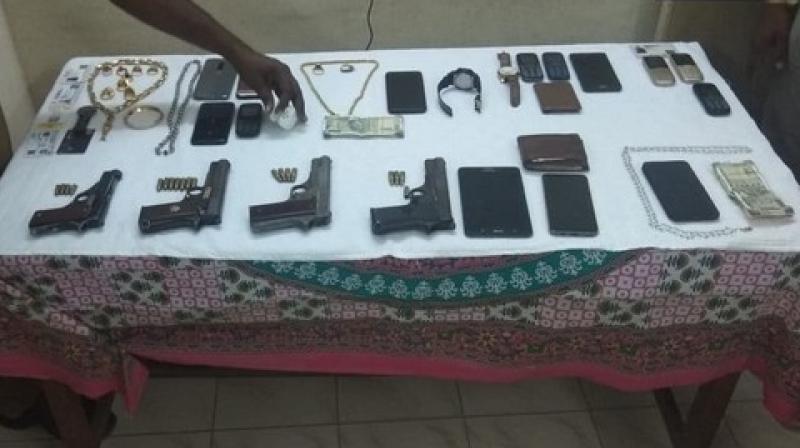 The police have registered a case and recovered pistols, phones and cash from the occupants of the car. (Photo: ANI)

Madurai: A 25-year-old man who opened fire at a toll booth plaza here was arrested along with four other men he was travelling with in a car after they refused to pay toll tax, police said.

The incident took place in Kappalur of Thirumangalam in Madurai district here.

The man travelling with five others in his SUV was asked to pay toll tax by an official to which he refused and started an argument. He then got out of the car and fired multiple shots in the air in an attempt to scare the officials.

No person was injured in the incident according to the police.

The five other people in the car, including the driver, drove away from the toll plaza following the commotion leaving the 25-year-old behind.

The car was later intercepted by the police who arrested four people and the man who opened fire. One of the car's occupants, however, managed to flee.

The police have registered a case and recovered pistols, phones and cash from the occupants of the car.

Further investigation in the matter is underway.