The ED took over the case and registered an FIR under PMLA after taking cognisance of an FIR of Delhi Police’s crime branch in the case. 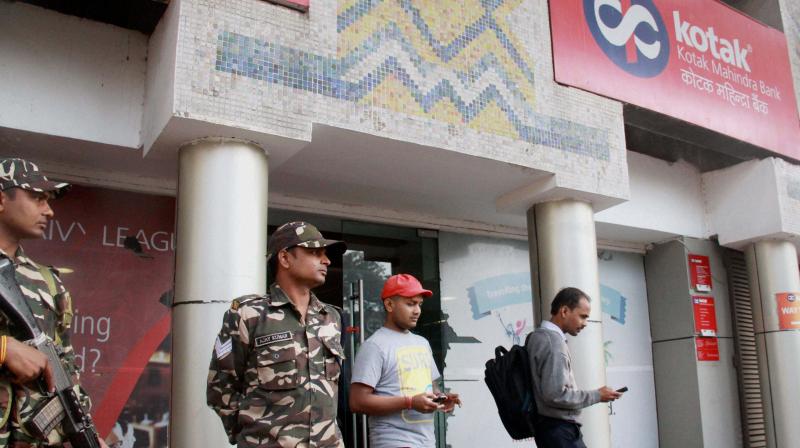 New Delhi: The ED on Wednesday arrested the manager of a Kotak Mahindra Bank branch here in connection with its money laundering probe. The arrest was part of a case where nine alleged fake accounts were detected with deposits worth Rs 34 crore post demonetisation.

The agency arrested the manager, identified as Ashish Kumar, who was the manager of the K.G. Marg area branch, late last night after questioning him. “The manager has been arrested under the provisions of the Prevention of Money Laundering Act,” sources said. Immediately after his arrest, the manager was produced before a local court, which sent him to ED custody till January 2 after the agency said it was a “huge conspiracy” and the money trail has to be unearthed.

“In view of the facts and circumstances, ED remand of the accused is granted till January 2, 2017,” Metropolitan Magistrate Ashok Kumar said, while sending accused to ED custody.

While seeking his remand for 14 days, the ED told the court that it was a “huge conspiracy” and the money trail and the illegal proceeds of money laundering has to be traced.

It said the accused, in conspiracy with others, had charged huge commission by allowing demonetised currency amounting to about Rs 35 crore to be accepted by the bank and had generated pay orders and demand drafts in exchange.

“This was done so that the other accused persons could have new currency notes of the same amount and by opening bank accounts of various companies,” the ED said. The accused opposed the ED’s application and claimed innocence.

The ED took over the case and registered an FIR under PMLA after taking cognisance of an FIR of Delhi Police’s crime branch in the case.

The bank in its statement said it has already “suspended the services” of Kumar. Delhi Police had also arrested two persons last week for allegedly depositing black money worth Rs 34 crore in nine fake accounts being operated in the Naya Bazar branch of the said bank here. Kotak Mahindra said it was cooperating with the probe agencies.