Besides uploading victim's photos, her husband had also posted objectionable pictures of his colleague's wife and some other women. 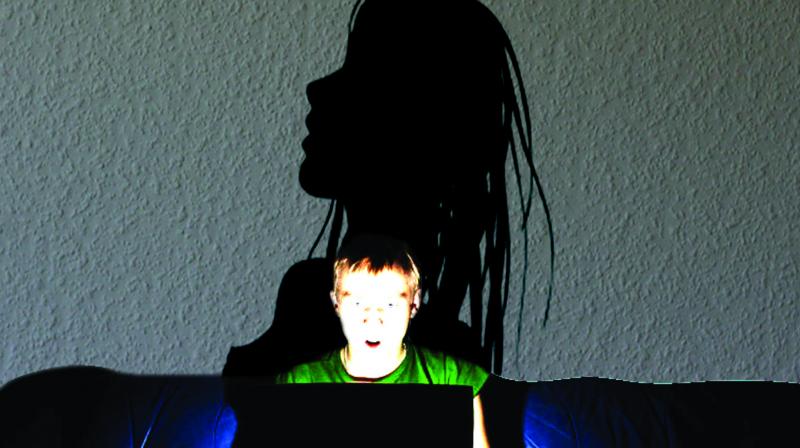 'As per the complaint, the accused used his e-mail account to upload his wife's pictures on the photo app,' police said. (Representational Image)

Pune: A 39-year-old Indian Navy commander has been booked by Pune police for allegedly uploading objectionable and morphed pictures of his wife on an online photo application, a police official said on Thursday.

The victim in her complaint to police on Tuesday claimed that her husband, currently posted in Delhi, had "pornography addiction", Kondhwa police station's inspector Mahadeo Kumbhar said.

The woman, who is a former Army officer, mentioned that she had recently moved to her parent's place in Pune along with her children as her husband did not give up his habit, despite several efforts by her and other family members, he said.

After being fed up of her husband's behaviour, the woman shifted to Pune and also filed a divorce case at a family court in Pune last month, he said. While moving from Delhi to Pune, she brought along her husband's mobile phone and on checking it, she found the objectionable pictures uploaded on the photo app, Kumbhar said quoting the complaint.

Besides uploading the victim's photos, her husband had also posted objectionable pictures of his colleague's wife and some other women on the app, he said.

"As per the complaint, the accused used his e-mail account to upload his wife's pictures on the photo app," Kumbhar said, adding that they have so far not received any complaint from the other women.

The accused was also allegedly having an affair with his colleague's wife, he said quoting the complaint.

A case was registered against the accused under relevant sections of the Indian Penal Code and the Information Technology Act, the police official said. "We will write to Navy authorities seeking permission to question him in the case," he added.