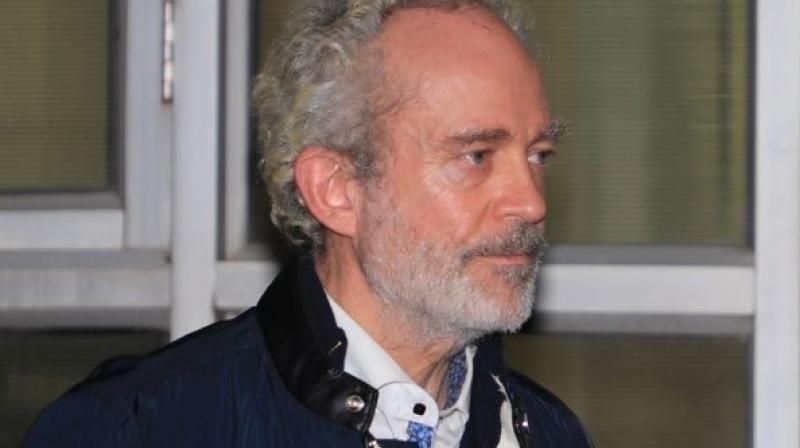 The alleged middleman was extradited from Dubai last year and is lodged in Tihar Jail in connection with alleged irregularities in the chopper deal. (Photo: ANI)

Hearing the matter, Special CBI Judge Arvind Kumar said the order will be passed on September 7.

"It is already given to the court and we couldn't reach the figure of 600 hours even after including the time he took for sleeping and going to the doctor. He was brought to India after extradition proceedings and is in custody thereafter. It is a case of corruption in international transaction," Singh said.

The agencies told the court through a reply copy that it will file a supplementary charge sheet in the case since sufficient evidence attributing criminality against other public servants and private persons has surfaced during the ongoing probe.

The central probe agencie have said in the past that the British national is a high flight risk and can flee the country. They have argued that bail should not be given on medical grounds because adequate facilities are provided at Tihar Jail.

The alleged middleman was extradited from Dubai last year and is lodged in Tihar Jail in connection with alleged irregularities in the chopper deal.

While the CBI is probing his alleged role as a "middleman" in the Rs 3,600-crore deal, the ED is investigating money laundering charges against him.