Andhra man kills daughter for marrying boy from another caste

Later the kin of Kesavulu came to know the matter and attacked Bhaskar Naidu's house, which caused tension in the village. 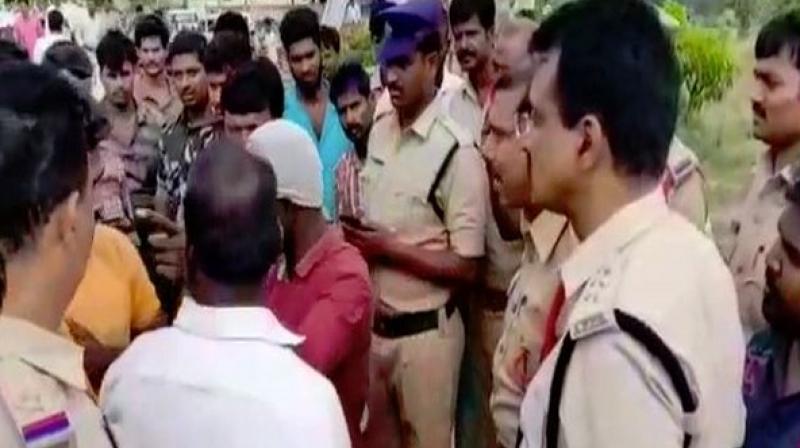 Police have filed a case based on the complaint of Kesavulu. Further investigation is on. (Photo: ANI)

Chittoor: A father killed his own daughter for marrying a man from another caste in Oosarapenta village in the district on Friday.

Hemawati, 23, daughter of Bhaskar Naidu, was in love with Kesavulu, 25. As Kesavulu belongs to the SC community, Hemawati's parents did not agree for their marriage.

However, Hemawati and Kesavulu married two and a half years ago, without her parents' consent.

Afraid of threats from them, the couple left the village. Hemawati delivered a boy one week ago. The couple later went to their native village.

On Friday morning, the couple took the baby to the hospital in Palamaneru. When they are returning, Hemawati's father and brothers attacked them at the check post near their village.

They forcibly took Hemawati on a two-wheeler into a mango garden, tied a rope to her throat and killed her. Later they tied her hands and legs and threw the body in a nearby well.

Later the kin of Kesavulu came to know the matter and attacked Bhaskar Naidu's house, which caused tension in the village.

DSP Yugendhar Babu reached the spot and controlled the situation.

Police have filed a case based on the complaint of Kesavulu. Further investigation is on.