The police are also yet to recover a towel which Handa claimed he had burnt after using it to wipe the bloodstains of his car. 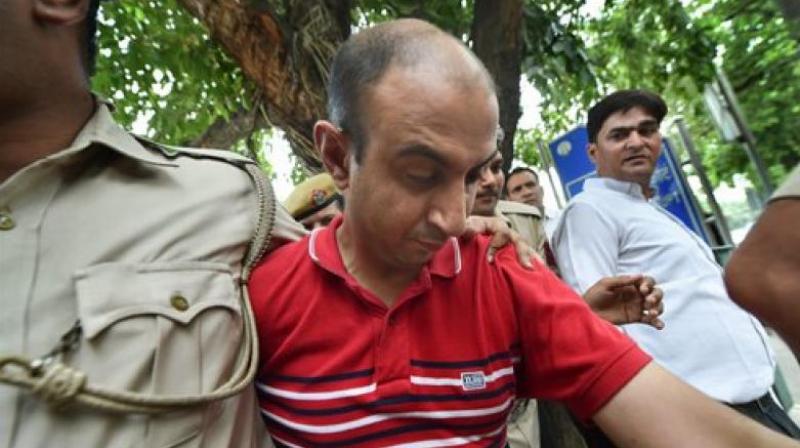 Accused Army Major Nikhil Handa had allegedly run his car over her face and the body in order to make the incident appear as an accident. (Photo: File)

New Delhi: The Army Major arrested for killing a fellow officer's wife is misleading the investigators even as he was taken to Meerut to ascertain the places he visited after the incident, a senior police officer said.

The officer said Handa had met his brother after the incident and they travelled from CR Park to Akshardham in the former's car. His brother told the police that Handa had said he was involved in a road accident and did not mention to him about the killing of the woman, the officer said.

The police officer said they took Handa to a couple of places in Delhi and Meerut where he claimed to have dumped the weapon used to slit the woman's neck, but it was yet to be found.

Police are also yet to recover a towel which Handa claimed he had burnt after using it to wipe the bloodstains of his car. The victim's body was found with her throat slit near the Brar Square in the Delhi Cantonment area on Saturday.

Initially, the police were informed that a woman had died in an accident. but later, when they inspected the body, it was found that her throat was slit.

The accused had allegedly run his car over her face and the body in order to make the incident appear as an accident. Earlier, the woman was dropped at the Army Base Hospital in her husband's official vehicle by a driver on Saturday.

Later, when the driver came back to pick her up, he could not find her and learnt that she did not attend her scheduled physiotherapy session.