This is in relation to the case of the beating up of a Muslim man who was beaten up for wearing a skullcap. 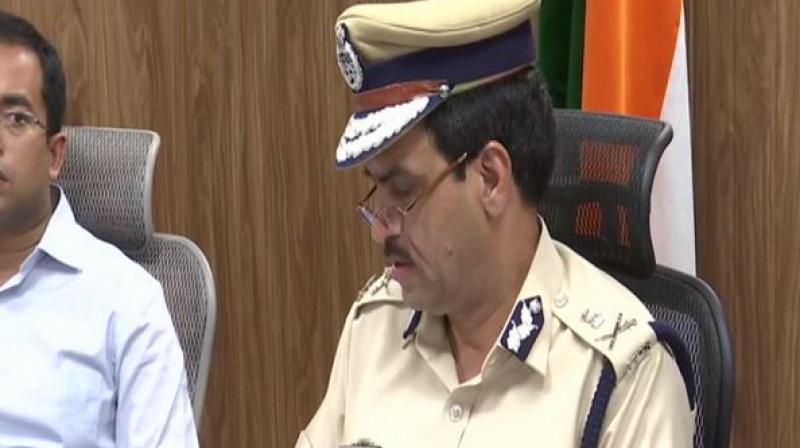 ‘We have received a CCTV footage of the incident, which shows that one removed Barkat's cap from his head while the main culprit threw something at him. We are trying to identify men seen in the footage,’ Police Commissioner said. (Photo: ANI)

Gurugram: Gurugram police on Tuesday said there was no mention of 'Jai Sri Ram' and 'Bharat Mata ki Jai' in the FIR filed in a case where a Muslim man was allegedly attacked for wearing a traditional skull cap while he was returning home after offering prayers at a mosque in Sadar Bazaar area here.

Addressing a press conference here, Gurugram Commissioner of Police Muhammad Akil appealed people to not sensationalise the incident and said: "It is a criminal incident which has no religion. Also, there was no mention of slogans like 'Bharat Mata ki Jai' and 'Jai Sri Ram'. So far no fringe group has claimed the responsibility of the attack. It appears like a torture case."

This comes in contradict to Mohammad Barkat Alam's claim who had alleged that he was asked to chant 'Jai Shri Ram' and 'Bharat Mata Ki Jai' by five to six men who cornered him on May 25 and hurled abuses.

He had also claimed that the men abused him saying nobody was allowed to wear a skullcap in the area and one of them slapped him.

The Police Commissioner said Barkat sustained minor injuries in the incident and he has been examined by the doctors.

Akil quoted Barkat's statement saying that he was chased by two men, who asked him to remove his cap stating that he cannot wear a skullcap in the area.

"We have received a CCTV footage of the incident, which shows that one removed Barkat's cap from his head while the main culprit threw something at him. We are trying to identify men seen in the footage," Police Commissioner said.

An FIR has been registered under various sections of the Indian Penal Code.

Gurugram police has formed various teams to investigate the matter.