Video: Man holds UP priest by choti, women beat him up for molesting girls

The Uttar Pradesh Police has arrested the priest who according to an ANI report has been accused of molesting girls on several occasions. 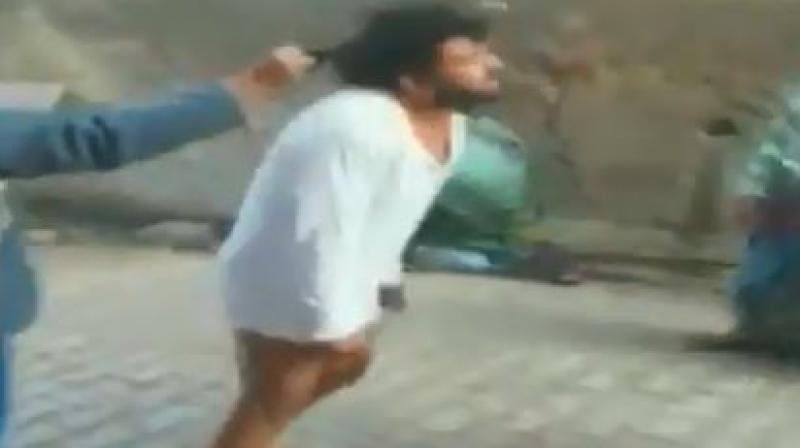 The video shows women beating up the priest who, in a white kurta and with bare legs, tries to defend self. (Photo: Twitter | Screengrab)

Mathura: In a recent video on social media, a group of women from Vrindavan in Mathura was seen thrashing a priest with wooden sticks while a man held him by his choti (plait for purohits).

#WATCH A priest accused of sexually molesting girls, thrashed by women in Mathura's Vrindavan. The priest was later arrested by Police pic.twitter.com/d8Iwsr2dKR

The priest was earlier accused of molesting girls on several occasions, ANI reported on Wednesday. The Uttar Pradesh Police has arrested the priest.

The video shows women beating up the priest who, in a white kurta and with bare legs, tries to defend self.

The incident is a routine reminder of mob justice that has been taking over the Indian democracy in leaps and bounds.