'A strict action will be taken against everyone seen in the video along with the police inspector,' Pankaj Kumar, SP said. 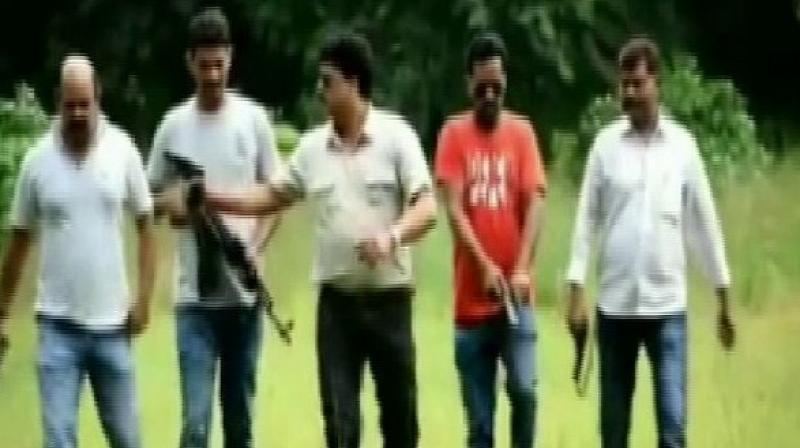 The police inspector is seen flaunting gun in his hand with background music in the video. (Photo: ANI)

Basti: A video of Uttar Pradesh inspector from Basti district has gone viral on the Internet where the inspector is seen wielding gun along with other police officers in civil dresses. Police are further investigating the matter.

"An investigation has been started in this matter and we will further take stern action once the investigation report is received," Pankaj Kumar, Superintendent of Police (SP), told ANI.

"A strict action will be taken against everyone seen in the video along with the police inspector. We can't comment on the suspects until the report arrives," he added.

Regarding a viral video of SWAT team of Basti Police, DGP UP OP Singh has directed SP Basti to transfer entire SWAT team to police lines and get the matter enquired by CO city.
We do not sanction unprofessional display of weapons & grotesque caricaturing of Police.

The police inspector is seen flaunting gun in his hand with background music in the video. Other police officers were also seen walking along with him and wielding different guns in their hands.

Police said they cannot comment on the matter until they complete the investigation process.