Rajasthan minister said father is now recanting his statement saying that he had wrongfully filed the FIR under the influence of substances. 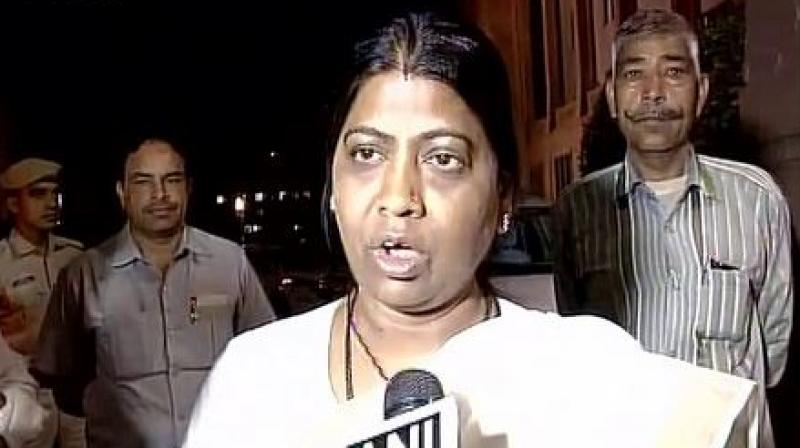 Jaipur: The gruesome Bikaner rape case has taken a stunning turn, as it has emerged that the father had concocted charges of rape on his daughter by the teachers, as he wanted to take revenge on the school.

"In the matter in which a father had filed an FIR about his own daughter being raped by her school teachers, facts have emerged that it was not a rape case and that the girl quit school since the past four-five years," she said.

Bhadel further informed that the father is now recanting his statement saying that he had wrongfully filed the FIR under the influence of substances.

"Upon further investigation it was found that the school had filed an FIR against him in the past, and he concocted such charges to seek revenge and used his daughter to do so. The entire case stands baseless and the girl is not being allowed to give a statement and is being kept locked inside her house," she said.

Reiterating that the case is false on every level, Bhadel called for swift and strict action against the father for making up such a case.

Earlier on Sunday, reports emerged that the alleged victim of Bikaner rape case was diagnosed with cancer after sustaining bruises and injuries in her private parts due to sexual assault, where she was also forced to consume abortion pills by the perpetrators.

The victim's mother said that the girl sustained injuries on her private parts because of the sexual assault which led to cancer.

The matter came into light after the minor girl's father alleged that his daughter was raped by eight teachers of a private school who also made a video of the heinous act.

The alleged incident occurred in April 2015 and the FIR was registered last Friday after the girl's father file a complaint.