Police claimed that close to 50 persons, including politicians and bureaucrats, were honey-trapped by the gang. 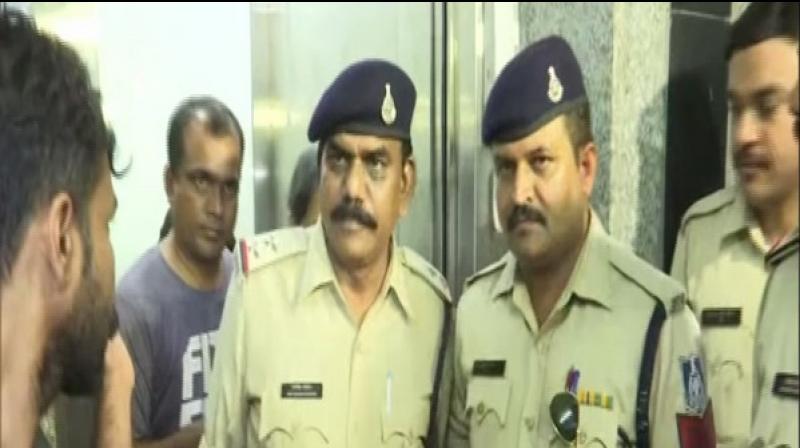 The gang also targeted young girls and lured them with false promises of education and jobs. (Photo: ANI)

Indore: The Special Investigation of Madhya Pradesh police is scrutinizing more than 1000 videos involving an alleged extortion racket through a honey trap that not only blackmailed VIPs but also lured young girls to use as baits to con people in positions of power, a member of the probe team said.

The videos are saved in the phones of the gang members of a complex network spread across three states --- Madhya Pradesh, Chhattisgarh and Maharashtra, Hindustan Times reported.

The police said the gang not only extorted money but also got key government contracts with the help of connected persons they had honey-trapped.

The police claimed that close to 50 persons, including political leaders and bureaucrats, were honey-trapped by the gang, six of whom were arrested last week.

The racket was highlighted when Indore Municipal Corporation engineer Harbhajan Singh complained to Indore police accusing the gang members of blackmailing him and demanding Rs 3 crore as extortion money. The SIT took over the investigation from Indore Police on Wednesday.

The gang also targeted young girls and lured them with false promises of education and jobs. “Aarti Dayal, one of the accused, and Abhishek came to our village and convinced us that they would bear all the expenses of my daughter’s education and help her get government job,” said a farmer whose daughter has also filed a case claiming she was lured into the scandal on the pretext of getting a government job.

The farmer claimed that his daughter had told him that Dayal and others had trapped many young girls in the name of providing government jobs and forced them to honey trap influential persons. “My daughter told me to inform villagers not to send their daughters with Dayal as she was not a good person.”

Senior superintendent of police, Indore, Ruchi Vardhan Mishra said all of them will also be booked for human trafficking. “The accused were not cooperating in the investigation. Arti Dayal often fainted which made her interrogation difficult,” Mishra added.

An SIT officer familiar with the investigation said the gang blackmailed influential persons to get contracts for non-government organizations, they were running from Bhopal, and for their relatives. For instance, complainant Harbhajan Singh got them a contract worth Rs eight crore, the officer said, adding another member of the gang got a flat in Bhopal with the help of a political person.

Police said Barkha Soni Bhatnagar claimed to be an office-bearer of state Mahila Congress IT cell, which the Congress denied while Shweta Vijay Jain was seen in various BJP programmes in Sagar and Bhopal. They used their political connections and the NGOs they had as the means to get access to power, said an Indore police officer, who had interrogated them soon after the arrest last week, said.

The SIT officer said that the gang members used to send videos through Whatsapp, which they used to delete later. For extorting money, they used to fix meeting with their targets with the help of a third person, who used to get a certain commission of the money received, the official said.

“SIT will also check the bank accounts, property and assets details to know the magnitude of the scandal. The bank statements will also help in corroborating the extortion charge,” said another police in the SIT, who was also not willing to be quoted.